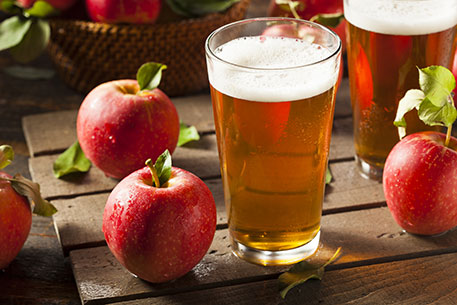 Beer and wine have long been the two main players in the craft alcoholic drink game. But as of late in the United States, we have seen a surge in hard cider. Much like IPA skyrocketed from a rare microbrew rarely seen on menus to the leading driver of the craft beer movement, specialty hard cider is looking to make a similar trajectory in the market. 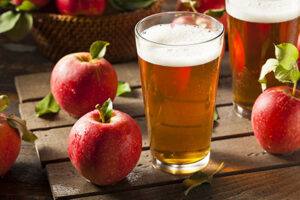 How It’s Made
Hard cider begins with apples, and not just any apples. The best apples for cider are of bittersweet or bittersharp variety. Bittersweets have high tannin and low acid, bittersharps have high tannin and high acid; both types contain a relatively high sugar content. This combination of high sugar and varying levels of tannins and acidity help to encourage fermentation of the apple once it is juiced. Unfortunately, prohibition nearly wiped out most of these types of apples, and agriculture hasn’t yet caught up with the hard cider demand, so American cider-makers usually blend bittersweets and bittersharps with other heirloom varieties.

Once the apples are juiced, fermentation begins. Most cider-makers add yeast to encourage this process. After fermentation, the cider may or may not be filtered, depending on the variety, before being bottled for enjoyment.

The Cider Stigma
Many are skeptical of hard cider because they imagine it will be too sweet. Similar to when IPAs broke out and people were convinced those all would be very hoppy in taste. It’s important to remember that hard cider is NOT the same as its non-alcoholic relative, apple cider, and not all hard ciders have an overpowering sugar content. While many big brand cider companies (such as Angry Orchard and Hornsby’s) produce ciders that are on the sweet side, many smaller, craft cider-makers are experimenting with different flavor profiles, such as tart and dry. Don’t be afraid to try a couple different kinds. You may find one you really enjoy.

Cider Isn’t Just a Fad
Besides being extremely refreshing, cider appeals to both sides of the alcohol isle as it has many attributes of wine, such as the way is it produced, but has the social, thirst-quenching qualities of beer. Because of this, it looks like hard cider is here to stay, so don’t be afraid to pour yourself a cold one during these summer months.