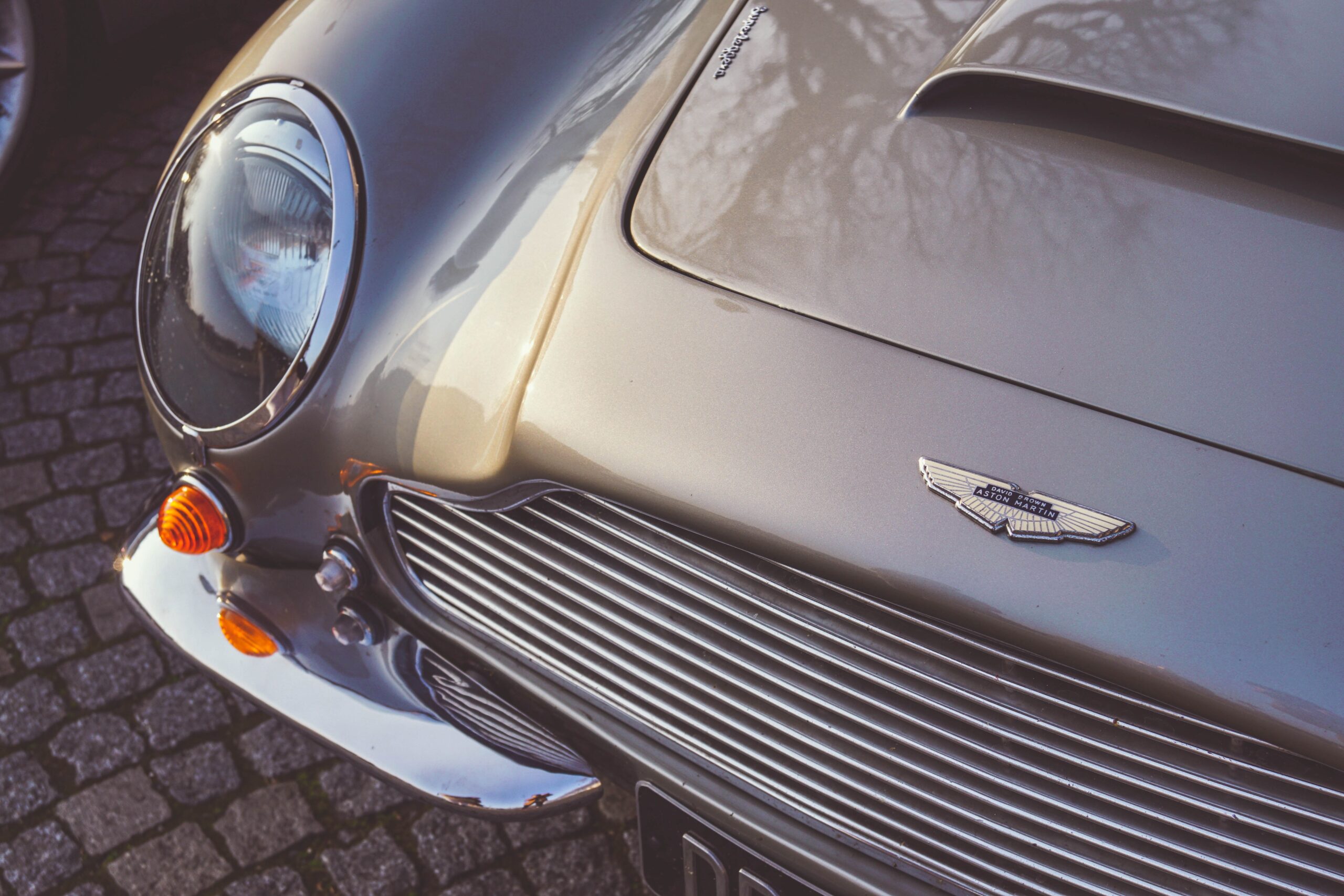 This guest article is written by our Gents Place car expert Brett Hatfield.  You can find more of his writing here.

Arguably the coolest of all male role models is James Bond. Bond is the creation of Ian Fleming, a British Naval Intelligence Division officer and journalist turned novelist. Fleming relied on his naval background to weave the tapestry of his Bond twelve novels and two short stories. Bond is a fictional Secret Intelligence Service (a.k.a MI-6) officer, also known by his numeric code moniker, 007.  Handsome, intelligent, tough, always smooth, and equipped with the best of gadgets and toys courtesy of MI6’s Q-Branch, James Bond is often the guy we wish we could be, if for no other reason than to drive what he drives.

In the twenty-six James Bond movies, Band has had a multitude of magnificent automobiles. Any real Bond fan will tell you the one that stands above the rest, as the most iconic, the one that is instantly associated with Bond is the Aston Martin DB5. Having made appearances is six different movies with three different Bonds (Goldfinger, Thunderball-Connery, GoldenEye, Tomorrow Never Dies-Brosnan, Casino Royale, Skyfall-Craig), there is no other movie car so closely associated with its owner. The car was equipped with hidden machine guns, tire slashing knock-off spinners, a rear-window bullet shield, an ejection seat, and was able to produce both a smokescreen and oil slick, and to do it all with the finesse and elegance inherent in a classic British coupe.

The Aston Martin DB5 was a refinement of the DB4. The two cars are nearly indistinguishable from one another visually. The real differences are the mechanical improvements, along with some creature comforts. The DB5 received the larger, more powerful 4.0 liter inline six from the Lagonda Rapide, replacing the DB4’s 3.7 liter unit. Other refinements included Girling disc brakes, and a new five-speed gearbox provided by ZF. Power improved by 22hp over the DB4, pushing the DB5’s peak to 242hp. Evolving from the more Spartan trim of early DB4s to a more refined grand tourer, the DB5 was replete with leather interior, Wilton wool carpets, power windows, and air conditioning. This increased weight from 2,900 lbs to 3,233 lbs. Despite the additional heft, the new engine could still push the DB5 to a 7.1 second sprint to 60mph, and top out at a very respectable 143mph terminal velocity.

David Brown, Aston Martin company owner and an avid hunter, had a custom DB5 shooting brake made for his personal use. Essentially a two-door estate (station wagon for those of us on this side of the pond), was the inspiration for twelve other shooting brakes subsequently produced by custom coachbuilder Harold Radford.

Goldfinger, the first Bond film in which the DB5 appears, featured chassis number DP/216/1. This was the star car that had all the cool weapons and gadgets. After filming, Aston Martin removed the extra movie bits, and the car was sold. Subsequent owners installed replicas of the movie prop equipment. The car was again pushed into movie service for the 1981 film The Canonball Run, driven by one-time James Bond Roger Moore. Chassis DP/216/1 was eventually acquired by a collector in Florida at auction for $250,000 in 1986. In 1997, the DB5 was stolen from an airplane hangar in Boca Raton. It went missing for over two decades. With the prop gadgetry installed, the car was so heavy, the thieves had to drag it out by its axles As a result, the car left marks to where it is thought to have been loaded onto a cargo plane.

A tip revealing its possible whereabouts somewhere in the Middle East came to the car’s insurer. That company retained the services of Art Recovery International (ARI), to flesh out the tip’s veracity. ARI CEO Christopher Marinello indicated they had received a tip, and they were investigating. Marinello wanted to get the word out to the collector car community, hoping that the car’s identity would be verified before any further action was taken, saying, “We want to reach out to collector car community and vast array of mechanics to let them know we are very serious about recovering it. As there are many Aston Martins, it is very important that we get a shot of the chassis number, DP/216/1. This is what we are looking for, as it is very specific to the vehicle… it is crucial we retain a close up of the chassis number.” ARI say it is estimated by some auction houses that the missing DB5 could now be worth between $9 million and $13 million, given its status as the 007 DB5.  Like the Mona Lisa, if this piece of art does get recovered, it will have the “formerly stolen” tag to make it even more desirable to collectors.

The other DB5 used in both Goldfinger and Thunderball sold in August 2010 at the RM Auction in London for a cool $4.6 million.  Following that lead, and the logic of markets dictating prices, in 2018, Aston Martin announced its plans to build 25 replicas of the DB5 as seen in Goldfinger, including some of the gadgets seen in the film, each selling for about $3.55 million per copy.

Are you a Bond or Aston Martin fan?  Why or why not?  Share in the comments below to receive 30% off a hand or foot repair on your next visit to one of our clubs.