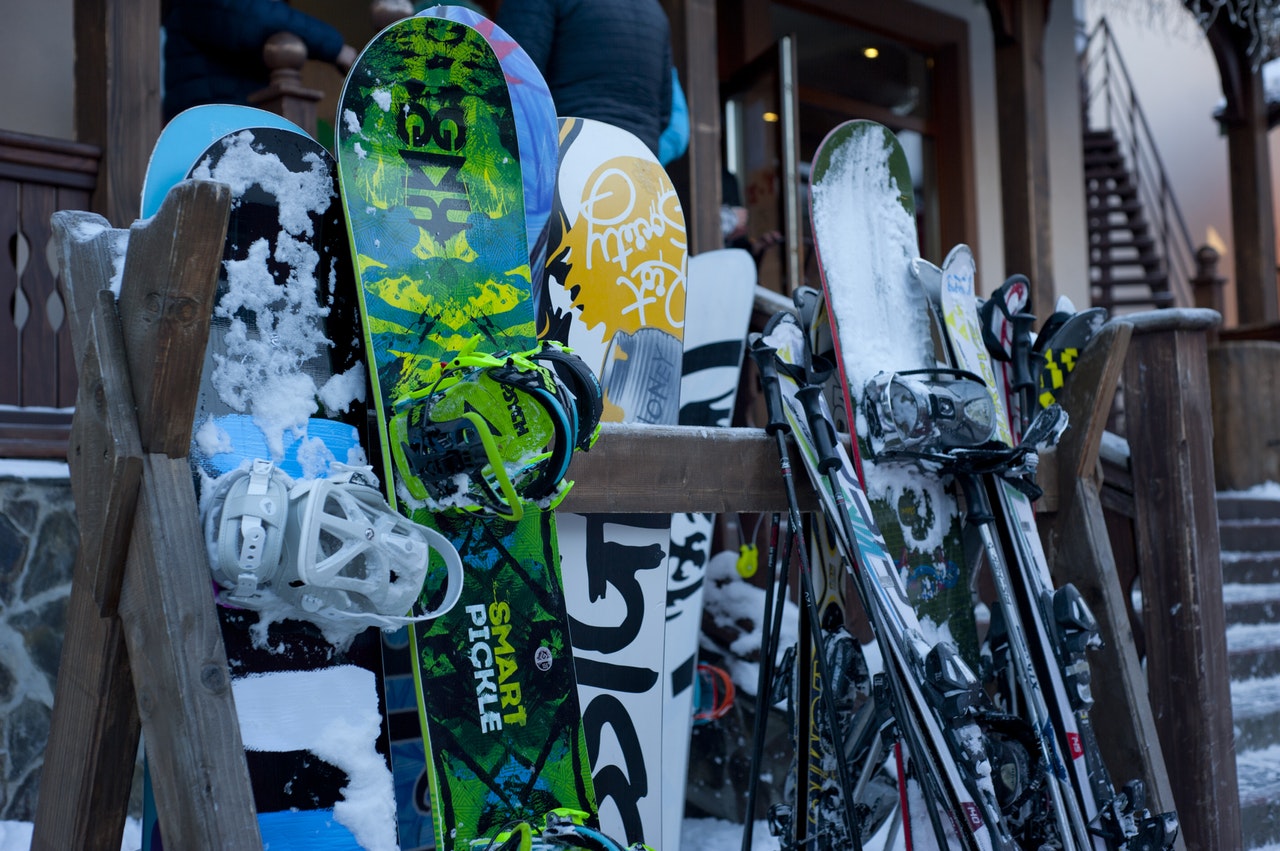 While the Southern Hemisphere is gearing up for Summer, those of us in the Northern Hemisphere are getting ready for winter, and for many, that means getting out onto the slopes and into their snow sport of choice.  Perhaps you’ve been invited in the past and declined, or perhaps this is the year you’ve decided you’re going to give it a go, the question still remains: ski or snowboard?

It doesn’t need to be a fight

For some reason, there aren’t a lot of people who both ski and snowboard, and among some devotees of either, you’ll find fierce partisanship that almost sounds like it’s a matter of honor or reputation.  But it’s not.  It’s simply a preference that some people fell into and others chose.  There are only 3 ski resorts in the entire United States that restrict snowboarders from their slopes, so even as a business decision it’s either/or for 99% of resorts.

The famous expression is that “skiing is easier to learn but harder to master” and that “snowboarding is harder to learn and easier to master” and it is without doubt that the learning curve for snowboarding is steep whereas even first day skiers can stand up on their skis and even start tackling the bunny slopes.  New snowboarders will benefit from a healthy level of humility, as much of their early time on a snowboard will be spent on their bottoms.  A prospective snowboarder is going to have to put in more time and have more grit and determination as he/she masters movements (shoulder leads everything) and skills (heel and toe edges).  Skiers can benefit from having a natural straight-on body position with full views of everything going on and the ability to separate their skis to help them out of trouble as they get started.

Both sports require at least a basic level of fitness, but skiing is going to tax your legs and thighs a lot, whereas snowboarding asks more of your core and asks a lot more energy in general.  It’s not laziness that you see when a bunch of boarders are sitting at the top of a run.  They’re catching their breath and resting up a bit.

Snowboarding does appeal to those who enjoy wakeboarding or who skateboarded and really enjoyed it.  Skiing will come naturally to those who enjoy skating (ice or roller).  Skiers tend to enjoy gentle runs at their own pace in the beginning, but skiing is naturally faster than snowboarding, so as skill increases, so does that ability to go fast.  Snowboarders enjoy going fast as well, but with all that board real estate underneath them it’s hard to escape the temptation to do tricks and truly embrace the half-pipes which more and more frequently appear on slopes.

Why people do it

There’s definitely a social aspect to it.  It’s a different way to spend time with friends, while taking in spectacular views.  Even in smaller groups or during times when you break apart by skill level to rendezvous for a hot chocolate a couple hours later, there’s precious time to think and reflect about the truly special privilege of being safely able to enjoy the glories of nature.

Whatever your “why” may be, as a first timer, make sure to take at least a lesson or two.  It’s not fair to your friends (and frankly, they aren’t pros anyway) to ask them to teach you and you can always rejoin them in a couple hours when you’ve picked up a few tricks and skills of your own, in a safe environment, with someone who actually is a pro.  Bunny slopes are never the scene of insane wipeouts.