Read Like a Gent: The Four Hour Work Week by Tim Ferriss 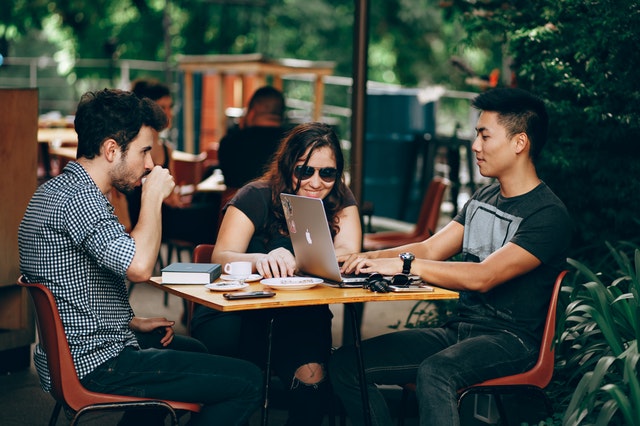 It’s been more than a decade since Tim Ferriss’ groundbreaking book with the title he has often said “sounds like a bad infomercial.”  While some may not remember the testy (but also exciting) reception it received at the time, the ideas he put forth have since become commonplace and despite the fact that he has released four more books since this one, it continues to be his most well read and purchased, and will likely be his legacy, not just to those digital nomads who took up his ideas as a new way of life, but even those happy in corporate jobs who have used his ideas to negotiate better working conditions.

More than anything, the book is a challenge.  It’s written in a slightly brash style that can turn off some, but the ideas are too important to ignore.  Tim constantly questions “normal,” whether it’s within a job you have or a business you own.  So often we have simply accepted our lives as is, as those older and wiser told us it would be.  But very rarely have we stopped to think why we are doing what we are doing.  Knowing that purpose unlocks everything else.  Not knowing – or worse – never even asking – means that we’re just using our life to pay bills.  The process of examining our lives and what led us to this point is a long one, but one that deserves our attention – perhaps more than anything else.

Once we’ve taken the time to ask ourselves why we are doing what we are doing – we can ask – can we do things better or eliminate some things altogether?  Tim particularly goes after email, a part of our lives that was not the monster that continued to grow after 2007, when he was offering advice on inbox rules and autoresponders.  His email advice that perseveres until now, especially with what we’ve learned about switching costs is batching: designate time periods in your day that you deal with email and don’t let it creep into every part of your day (and night).

Tim also identified techniques that Thomas Friedman discussed in The World is Flat (no, it’s not a flat-earther book!) as a way to stretch your income.  Hiring virtual assistants from India, or the Philippines, or Canada was brand new at the time of the book, but since that time websites like Upwork, 99Designs, and Fiverr have demonstrated over and over that you can find great help for small (and sometimes large) tasks worldwide, at a fraction of the price you would have to pay in your backyard, enabling you to use those savings, and the work done, to propel your business forward faster.

Tim really goes after “big pile” theory – the idea that you will live to be a certain age and so what’s important is to save up a big pile to live off when you stop working entirely.  While the financial aspect of this idea is sound, Tim points out that our ideas of work and retirement have continued to evolve, and more importantly, it’s worthwhile to “preview” what your retirement might look like through “mini retirements,” i.e. extended stays in different places doing things that you think you might enjoy later on in life.  Can’t get the time off work to spend three weeks in the Andes or a month on the Gold Coast?  Tim offers all sorts of advice (and case studies from employees of HP and IBM) on how to negotiate working remotely for short or long periods of time so that you can take that time to find out if your dreams of the future are really worth what you think they are.  It’s easy to hide behind excuses.  Excuses help us avoid confronting fear.  But what is on the other side of fear?  Everything you’ve ever wanted.

Have you read this book before?  Is there another you’d like us to review?  Let us know in the comments below to receive a 20% coupon for any retail purchase at your next visit to one of our clubs.

253700cookie-checkRead Like a Gent: The Four Hour Work Week by Tim Ferrissyes