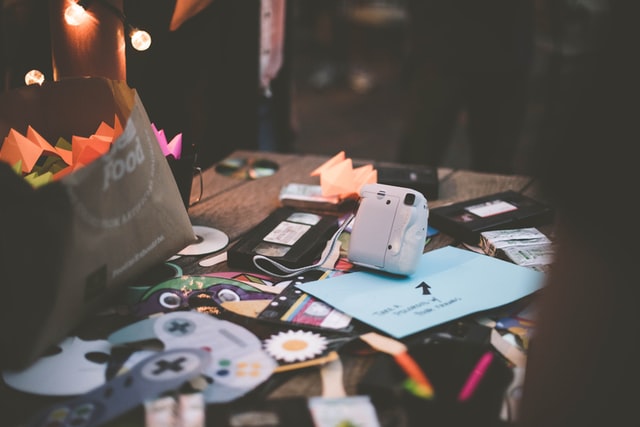 While it looks like some states are moving to end the lockdown process, other states will attempt to keep their citizens confined a bit longer.  In the meantime, there might be a chance to knock out one more project before trying to return to “normal life.”  What better project than one that will last you for months and possibly years after you do it than a serious clearing out of the home you’ve been spending so much time in lately?  In this article we’ll talk about some tactics and principles to keep in mind so that you can have a living space that serves you better.

You don’t have to buy into Marie Kondo’s “spark joy” test to use some of her practical tips on how to get started decluttering and getting rid of things.  Three of them are:

Get the Family Involved

If you live with a spouse and children, you probably don’t have to do this by yourself.  But do make sure you get buy-in from everyone before doing so.  Nobody likes to be volun-told into getting rid of things.  That said, you can gameify what’s going on for the younger ones by reframing the activity as “what we can share with those less fortunate.”  Whether it’s clothes, toys, or school supplies, there are probably things that your kids aren’t using very much (or at all) which they could put into a donate pile.

As for a spouse, well, you can pick the battles that make the most sense, but don’t ask for her to give way if you don’t have things you are willing to let go too.  If you aim for her shoes, she might raise an eyebrow at your books or films.  Make sure you’re encouraging (and willing to do what you’re asking others to do) and you’ll be surprised at what might happen.

Time goes by strangely quickly these days.  Rome wasn’t built in a day, nor will your home be decluttered in a week, but you can set times to work on certain items.  Perhaps you’ll use one day to work on clothes, and another to clean out that pantry that has been stocked during the crisis.

While donation centers (and even landfills) might be closed to the public at the moment, you can set aside a space in the garage or in a room to put all the things you are donating/selling as well as any of the items too large to leave for curbside pickup at the moment.  You might consider sites like craigslist or freecycle to get rid of larger items.

As you get through the various parts of your home, you’ll notice that the more space you have, the more clarity about what’s actually in that space, combined with less clutter overall, the less stress you will have, period.  And these days anything you can easily do to de-stress is a positive thing.  While it may seem at first that decluttering sounds stressful, once you get started, it’s anything but.

What projects (including decluttering) have you been working on in the past weeks?  Share with us in the comments.