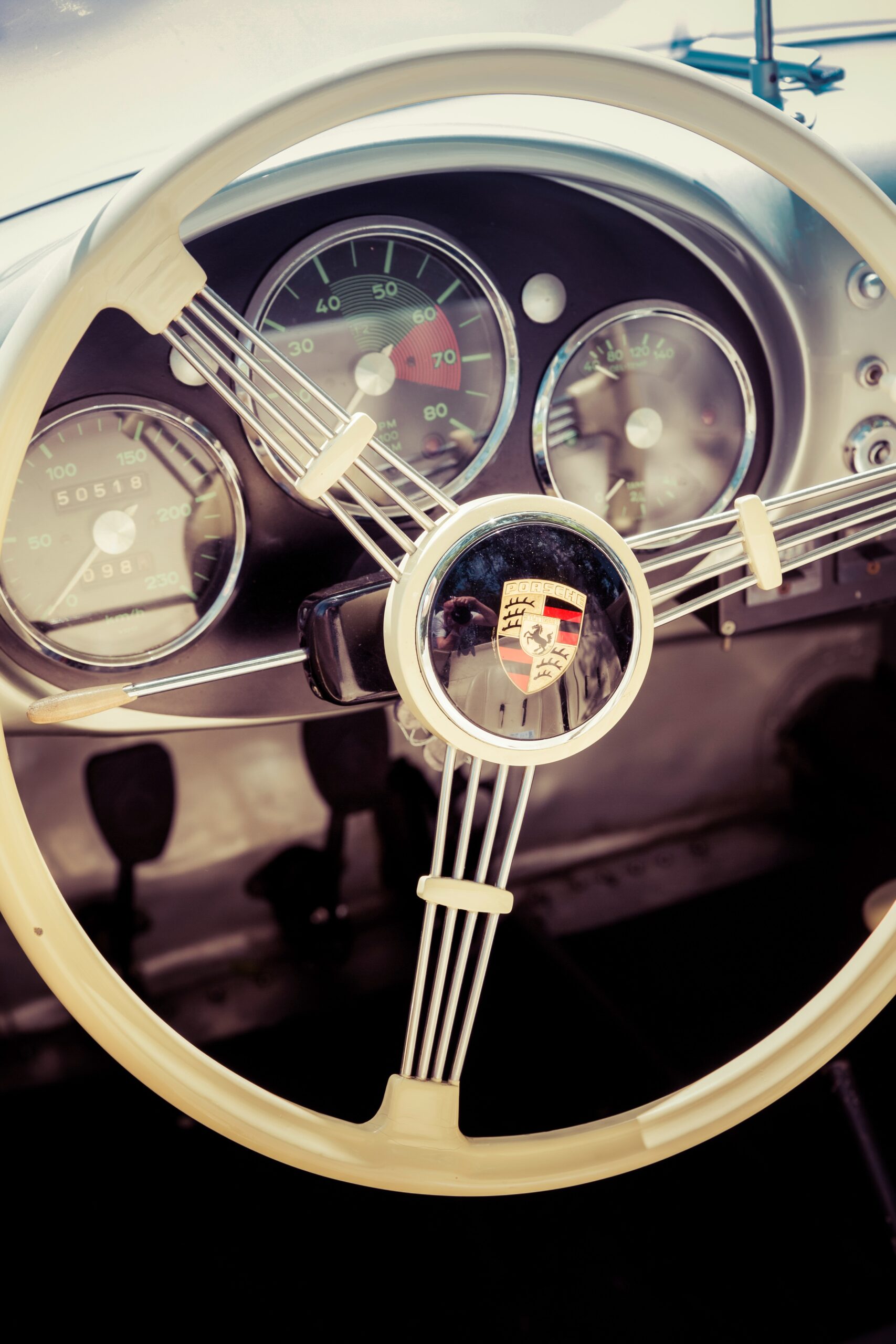 In previous articles we have looked at Aston Martin, Tesla, and Bugatti.  If there’s a brand you’d like us to profile in the future, let us know in the comments below and tell us why.

In the beginning I looked around and could not find quite the car I dreamed of. So I decided to build it myself.

While we can all admire the principle of setting down to build a better mousetrap, building a car is an entirely different thing, and while we can appreciate that Elon Musk has done that very recently (and even sent his own personal ride into space), Ferry Porsche’s vision helped grow a company that is more than 65 years old now, and looks poised to continue long into the future.

The team at Porsche use a single principle to guide every concept, development, and model which they call the Porsche Principle.  They wish to get the most out of everything and wish to translate performance into speed in the most intelligent way possible.  Their pedigree is from the racing track but is then applied to many of their cars that will never see one.  In two words, the principle can be summed up as “intelligent performance.”

Well, obviously anyone who enjoys driving a performance car wants to drive it at higher speeds, but should those open roads not be immediately (or often) available to you, the performance, handling, and safety of Porsches are world class.  The team at Porsche also has striven to make the dream of buying a Porsche an attainable one, so they’ve designed models in the past (like the Boxster, for example) that are not just in a fairly affordable range brand new, but are easily obtained in the used market.

Looking to the future via the past

A plug-in hybrid…sports car?  Yes, Porsche has one of those too.  But lest you think that Porsche is just following a trend, the 1899 Lohner-Porsche is widely considered the world’s first hybrid vehicle.  The first prototypes were two-wheel drive, battery-powered electric vehicles with two front-wheel hub-mounted motors.  A later version used hub-mounted electric motors in each wheel, powered by batteries and a gasoline-engine generator.

Grounded in principles of excellence, Porsche continues to provide an experience enjoyable by people of every age, in every era.

Have you ever driven or ridden in a Porsche?  Why or why not?  Share your answers with us to get a coupon for 15% off any fragrance purchase the next time you visit one of our clubs.