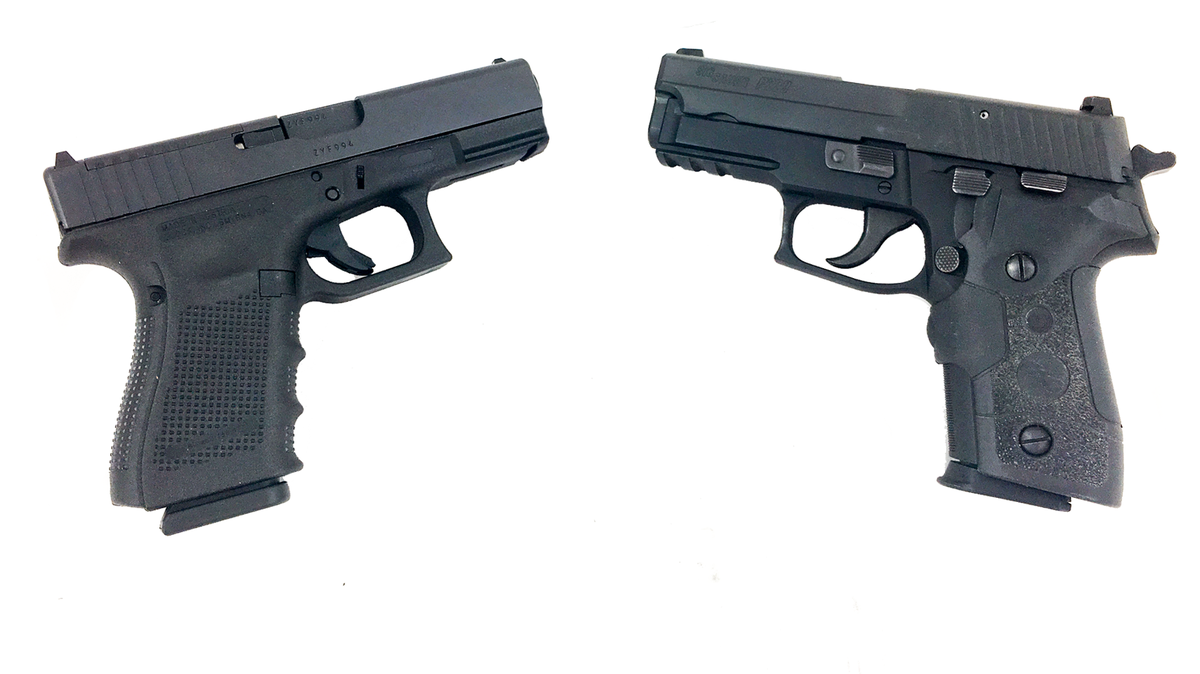 There are plenty of gun enthusiasts who have a preference for what they carry on a daily basis, be it concealed or open carry.  They have strong preferences based on their training and the weapons they have worked with.  This article is not for them.  This article is an introduction to two popular and well-known compact firearms for those who have been considering a handgun purchase for various reasons.

Glocks are manufactured in Austria and are polymer framed semi-automatic pistols.  Sig Sauer was founded in Germany but is currently headquartered in the United States.  Both of the models in question use 9mm ammunition and as such do not offer a strong recoil which could be challenging for new shooters to deal with.  That type of ammunition is also basic and is readily available at many places.  Both are also very popular weapons and as such can be reliably found in the used marketplace as well, making for more options when it comes to purchasing.  Ultimately, you would do well to be carrying either of these weapons as a daily carry, but to focus on a few key points…

You should probably buy a Glock if:

You should probably buy a Sig Sauer if:

We know that we will not win over partisans from one side to another, but we hope we have fairly represented the advantages of either weapon so you can be a bit more prepared when you get ready to make your purchase.

Do you have a preference between these two weapons?  Do you carry on a daily basis?  Why or why not?  All commenters will receive a coupon code for 25% off any of our shave services.