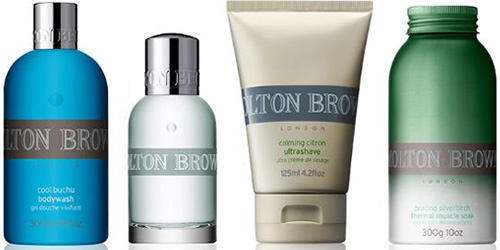 The year was 1973.  Molton Brown opened at 58 South Molton Street in London’s Mayfair as a hair salon. The salon soon became a hit and the company did not stop there.  They inspired to expand into the retail market and that is exactly what they did.

The first retail products were hand-mixed in kitchens around London. By the 1980s the salon had evolved into a popular 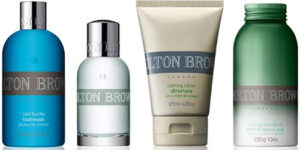 retail boutique and was approached to supply products to top-end stores, airlines and hotels in cities around the world.

Two decades later, you can now experience the creations in more than 70 countries world-wide, in Molton Brown stores, and in the world’s leading luxury hotels and airlines. And now at The Gents Place!!!

For over 30 years, Molton Brown has prided itself in being made with only the highest quality products of all natural ingredients. Manufactured in England, the men’s line is inspired by travel and perfect for the “guy on the go.”

Now longer do you gentlemen have to wait in those long lines at the mall, or fight for a parking spot! The Gents Place is proud to be carrying men’s Molton Brown products, being only the third retailer in the area. The Gents Place is truly your one stop shop for everything man!