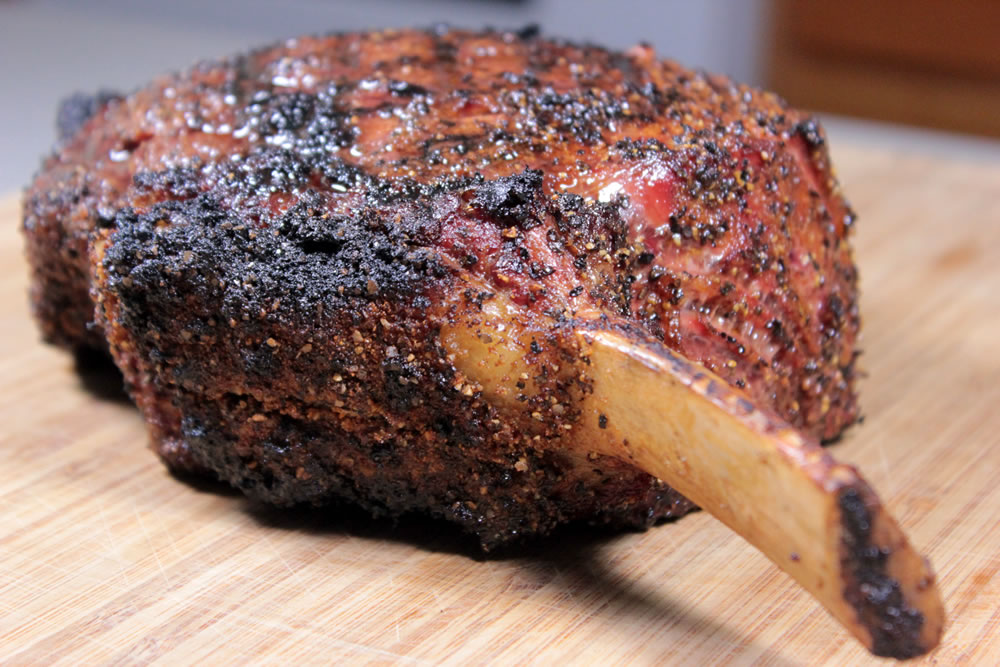 In previous articles (here and here) we’ve discussed the logistics of business dinners. Many times a steakhouse is a preferred destination for those dinners and often the dizzying number of cuts available can make what should be an easy (though delicious) decision a little bit more complicated.

Outside of how and where a cow is raised, the two factors that steakhouses will present to you on a menu are cut and grade. In this article we are just going to focus on cuts.

As a general rule, the tenderness of a cut is affected by its location on the cow. The less used a particular muscle or muscle area is, the more tender that piece of meat will be when cooked. We’re going to start behind the shoulders of our cow, in the rib area.

Ribeye
This is often the most popular choice at a steakhouse and is the best all-around cut. It has a rich beef flavor and a very high fat content. It’s going to be more expensive than a NY strip, but not as expensive as filet mignon.

Variant: Tomahawk. This is a frenched bone-in ribeye (“frenched” refers to all the meat and fat being trimmed off the rib bone). This will be a large cut and usually is enough for two — or a very hungry one.

Prime Rib
This is meat from the rib cut that is roasted bone-in, but is usually cut into slices for serving. It has the same meat and marbling (this refers to the presence of fat within the meat) as a Ribeye.

Strip Steak
also known as NY or KC Strip, or top sirloin
After the ribeye this is often the second most popular cut ordered. It is often, but not exclusively, served boneless. It is moderately tender, with medium fat content and a strong beef flavor.

Filet Mignon
also known as tenderloin
Everyone knows this as the smallest, least fatty, most tender, and most expensive cut. But it’s also the least flavorful, having only a mild beef taste.

T-Bone
This is a combo of Strip Steak and tenderloin cuts and carries the same prestige (and similar pricing) to the Ribeye, particularly because it features two different cuts of beef.

Variant: Porterhouse. This is a larger version of a T-bone, but some steakhouses call steaks with a large tenderloin a T-bone in some restaurants when it would be called a Porterhouse in others.

To finish up we will come back towards the front of our cow, to an area right behind the neck…

Flat Iron
This is a well-marbled cut that is second in tenderness only to filet mignon, but often at half the cost. It is served boneless.

Some tips for the road

Bone-in or not?
Well the bone offers the flavoring of the marrow and other substances on the bone to enhance the flavor profile of your cut. Boneless is simply more convenient for slicing.

What about the new “cheffy” cuts?
Lots of chefs these days are finding value for money and changing up the menu, so we are seeing flank, hangar, and rump steak as choices more and more. These are all often served in thin slices, as they are from tougher cuts. They are also more “thinly” priced, with rump sometimes said to be three times more flavorful than filet mignon at 1/3 the price.

Every gent should know his cuts of beef, and with these basic trimmings of knowledge and a willingness to try different cuts, not only will your next trip to the steakhouse be less intimidating, but you might even be able to help a colleague or client when he/she gazes wide-eyed at the menu.

What’s your favorite cut of steak? Share in the comments below to receive 25% off a gift card, which is a great gift for the gents in your life.