It Really Is a Wonderful Life 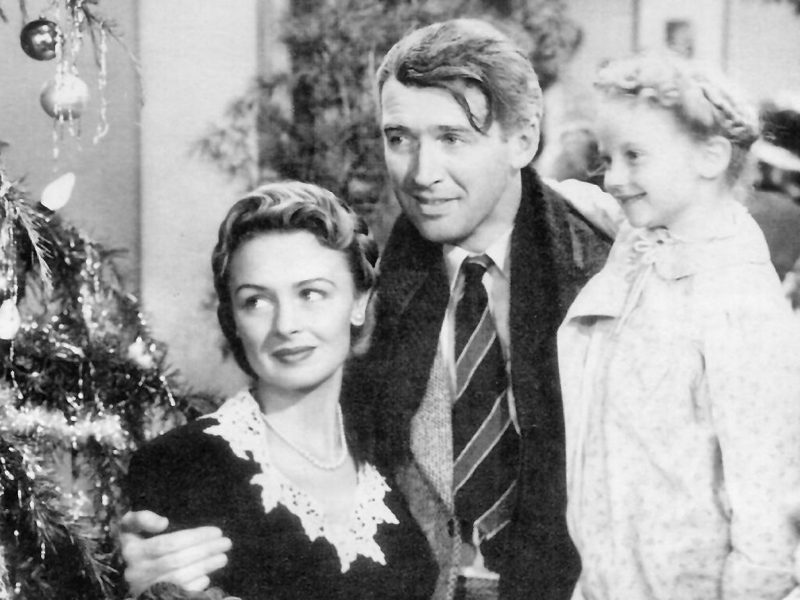 Many people of a certain age consider It’s a Wonderful Life as one of the best Christmas films of all time, and while the cast and crew felt at the time of filming that they were part of something special, the film fell well short of breaking even and didn’t really find its way until almost thirty years after its release. In a way, the film had its own George Bailey journey.

A Product of its Time

Jimmy Stewart came back to America after fighting Nazis for three years in the US Air Force to a contract with MGM that had run out, an agent who had left the film industry, and a fair amount of what we know today as PTSD but was simply chalked up to the scars of war at that time. He got a call from director Frank Capra, who had run across a 24-page Christmas card written by a man who couldn’t get a short story published and had decided to send it to his friends for Christmas. The story was named “The Greatest Gift” and is the basis for the script of It’s a Wonderful Life.

Stewart was eager for work and instantly said yes when Capra pitched him the plot. While production didn’t go smoothly, cast and crew felt strongly that they were part of something special. The postwar America of 1946 disagreed, and the film fell well short of breaking even and faded from general remembrance for a time.

While it’s disputed exactly why the copyright for It’s a Wonderful Life wasn’t renewed in 1974, it wasn’t, and television stations, eager for free content, didn’t shed a tear and put the film on repeat in the Christmas season. It found a new audience, and when copyright did get re-asserted a couple decades later, the film had found a devoted following that made it an annual part of their lives, whether it was running for free on TV or not.

Why it Still Matters

The film is more than 70 years old now and while it doesn’t have the fun of a film like Elf or the laughs of A Christmas Story, it continues to resonate because its story is one that transcends time, and indeed, even the Christmas season. It’s a film that reminds us that there are many moments in life when so much can be stacked against us, and that some of us have contemplated giving up, forgetting its always darkest before the dawn.

It’s also a story that reminds us that each of us has a positive impact in the lives of others that we might perhaps never really know, particularly the lives of those in our community. Finally, the film’s famous line from the ending is something we can contemplate throughout the year: no man is a failure who has friends. As the year winds down and a new one beckons, we should pause to take stock of those friends in our lives, thank them for being there for us, and seek to be even better friends ourselves in the future.

Do you have a favorite Christmas movie? Share it with us in the comments below?