How to Approach a Promotion 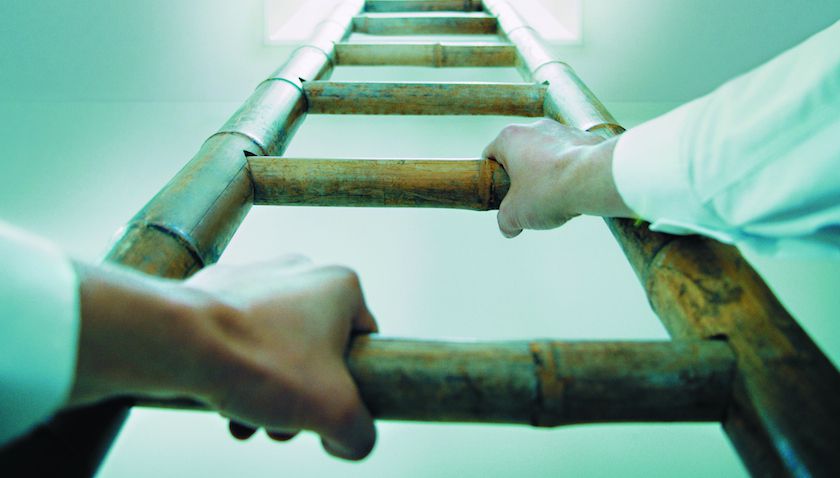 Inevitably, we will all reach a point in our career when we have decided we deserve a promotion. A promotion in many organizations is a very complex and coveted thing. The higher you go, the more money you make, the more power you have, and the more your ideas are heard. However, climbing the organizational chart quickly in some companies is harder than climbing Mt. Everest in the winter. All companies are different in their treatment of a promotion, but one thing remains the same: the feeling employees have when they have made up their mind that they are owed a promotion. To better understand the concept of a promotion and the best way to make it happen, let’s look at it in more detail. 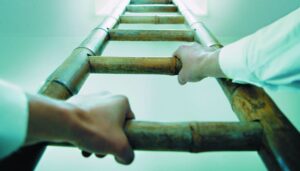 Promotion vs. Raise
First, let’s distinguish a promotion from a raise. Asking for a raise is simply saying, “I am underpaid for the job I currently do.” A promotion is saying, “I have earned the right to more responsibility, trust, and money because of my quality of work and history at this company.” It’s very important to know what you’re asking for and why you’re asking for it. Many companies and managers don’t like handing out raises or promotions to every person who asks for on. In this sense, it is like a trial. You must prove beyond a reasonable doubt that you deserve the promotion or raise.

Do Your Job
This may sound simple, but in order to deserve a promotion you must be good at your job. Actually, not just good. You must be great at your job. The competition in corporate America has never been higher, the skill sets of your peers have never been more robust, and never before has the average worker in the U.S. worked more hours. With all of these factors you must be sure you are great at your job, otherwise you’ll get shut down quickly when the time comes to ask for a new role. The second factor is time. If you are great at your job, but you’ve been there for 6 months, don’t expect a promotion (or a raise). There are colleagues around you who have been with the company much longer and have been waiting for the same promotion.  That being said, don’t ever miss out on the chance to capitalize on a win or a set of wins to make the case that you do deserve more.

Gather Evidence
Assuming you meet the above criteria, move to gathering the evidence to support your promotion bid. The biggest mistake made here is assuming your manager knows what you do and how well you do it. The larger the team, the harder it is for your manager to fully understand your contribution. With so many moving parts, it’s his/her job to keep the machine running, not to know the in-depth details of your responsibilities. As such, your manager can often be out-of-touch, which leads to issues within the team and conflict between employees. The two best types of evidence you can present are results and leadership. Results are self-explanatory and the more examples you provide of driving positive results for the company, the better. Leadership examples are more qualitative. They involve colleague opinions, vendor management, and overall relationships with the people who work with you. Gathering this type of evidence doesn’t mean dragging in all your friends and having them say nice things about you. Pointing out projects you’ve led, knowledge you often pass on to others, and how you’ve influenced those not directly reporting to you are all good starts in this category.

Have THAT Conversation
If you have passed steps one and two, congratulations! You now get to have what can be a scary, awkward, and intense conversation. Assuming you have gathered enough good evidence this conversation should go a bit better. Always schedule time with your manager at least 24 hours in advance. The last thing you want to do is give the impression you just thought of this. Whether it’s true or not, you want to leave them thinking you have been considering this step in your career for a long time.

Post-Promotion Blues
What happens after the promotion may be the most important time in the entire process. In a study conducted by the Harvard Business Review in 2012, over 50% of professionals who were promoted recently reported feeling more depressed and stressed. Just like having children won’t necessarily fix a troubled marriage (well, at least we don’t think so), getting a promotion won’t make you love your job. Understand that more responsibility, higher expectations, and more money in a company you don’t believe in or a career path you dislike will always lead to unhappiness. Don’t expect a promotion to make you suddenly be obsessed with your job. It may seem better at first, and in some cases it may even be a little better. The bottom line is to make sure you want to bet on your company just as much as you want them to bet on you.