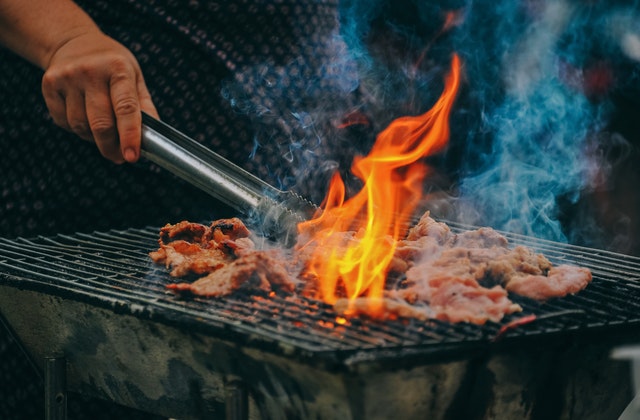 It’s summertime and the grill is calling!  In a previous article about steak we talked about different cuts in general but in this article we wanted to offer you some underrated cuts that deliver a lot of flavor at half the price of the “name brand” cuts.  It’s also a great opportunity for you to get to know your butcher better: asking for cuts like these will encourage him to send some other hidden gems your way.

So what if you could get the taste of ribeye at half the price?  Enter chuck eye (not to be confused with chuck steak).  Ribeye steaks come from ribs 6-12.  Chuck ends right before rib #6.  Because it comes from the same part of a cow as a ribeye you’ll see similar marbling and get similar flavors.

Just like a ribeye, you’ll want to season it with plenty of salt and pepper and make sure you’ve got a hot surface for it, whether you’re grilling outside or pan-frying inside.

Unsurprisingly, after a full day of dealing with barbecue, brisket legend Aaron Franklin loves to grill up a bavette steak, in part because it won’t take too long.  Bavette may be a fancy French word, but this cut comes from an area you may be familiar with if you love fajitas: flank.  In America your butcher is likely to know bavette, but you can also ask for flap meat.  Because it’s near the flank it’s going to be tougher, so you you want to marinate this the night before you want to grill it.  Olive oil with garlic and fresh herbs will do nicely.  It’ll cook in just a few minutes.

This has sometimes been called “butcher’s steak” since butcher’s would often keep this cut for themselves instead of selling them.  While this has shown up on a lot of menus in recent years, it still remains underrated among home cooks.  There’s a lot of savory flavor in it, as it comes from the front of a steer, just below the ribs (hence, “hanger”).  This will usually come in a long cut which your butcher can divide into two separate steaks.

Use high heat for a good sear: this cut is best enjoyed medium rare.

In the same region as the hanger steak is skirt steak.  Make sure your butcher trims away the tough membrane and some of the excess fat this cut has.  It’s thinner than hanger steak, so don’t grill it as long, but use high heat just like you would for a hanger to get a great sear/crust on the cut.

Top round comes from the rear leg of a steer and hence is going to need marinade or a dry rub for a day or two before cooking.  This is a thick cut so you will want to monitor your temperatures well and make sure it rests at least 20 minutes when you’re done.  It’s best cooked rare with a good char.  If you slice it into really thin strips it makes for a major sandwich meat upgrade.

If you’re new to trying these different cuts, a secret weapon to help you with your temperatures is a meat thermometer.  This will help you ensure that those you’re cooking for get the benefit of you sourcing these great cuts, rather than make them feel like their part of an experiment.

What are some great underrated cuts you grab when you go shopping for grill nights?  Share them in the comments below.