Films for Gents: The Good, the Bad, and the Ugly 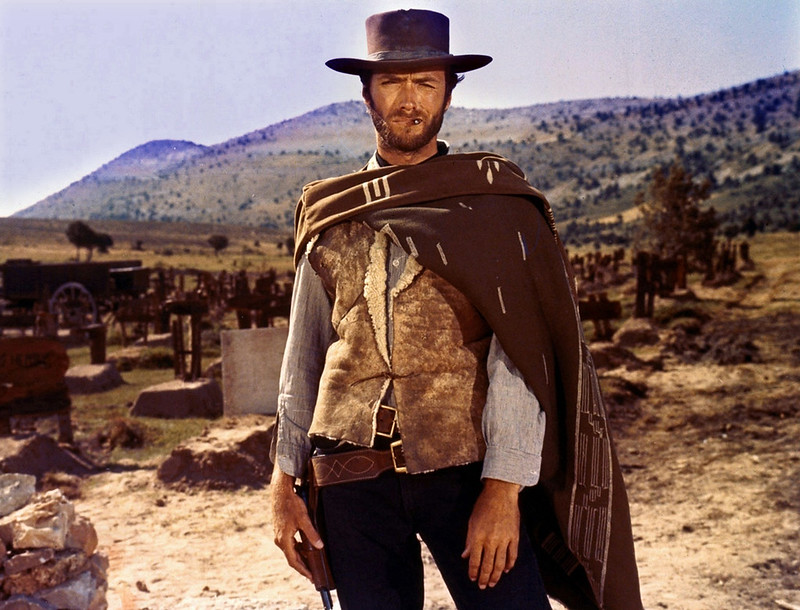 Many of us are old enough to remember that stroll through a video store when we would figure out something to watch with our friends that night.  Often times we picked up a “new release,” but just as often we might have picked up a favorite (“You gotta see this!”).  In a corrective to machine algorithms which use your watch history to serve up recommendations, occasionally we’ll do things the old fashioned way and share some films that deserve the attention of Gents.

The Good, the Bad, and the Ugly

Quentin Tarantino named The Good, The Bad, and the Ugly his favorite film ever.  If you’re one of the few who haven’t had a chance to see it, it’s part of a genre called the “spaghetti western.”  Originally a derogatory term to contrast it from a “Hollywood western” (think handsome, well-groomed heroes, one dimensional villains, shiny guns), in time it came to represent a grittier, more realistic take on the genre.  The heroes were neither handsome nor well-groomed, and in fact, they weren’t obviously heroes.  They were often neutral, or sometimes obviously focused on their own personal interests.

This 1966 film served as a prequel to a trilogy that included A Fistful of Dollars and For a Few Dollars More.  It inspired Robert Rodriguez to direct Once Upon a Time in Mexico and the famous shootout scene at the end of Reservoir Dogs is directly inspired by the shootout scene in The Good, the Bad, and the Ugly.  Robert Zemeckis paid homage in Back to the Future III by having Marty dressed exactly like Blondie (the Clint Eastwood character) and when Marty is asked what his name is, he uses “Clint Eastwood” as an alias.

The director was Sergio Leone, who capitalized on the success of the first two films in the trilogy to make a film that made over five times its original budget in profit, and this film is credited with being the one that launched Clint Eastwood into superstar status in Hollywood.  While this film might be best known for its famous Mexican standoff scene we mentioned above, it also features all the trademark long shots and close-up cinematography that Leone had become known for.

While we seem to be in the golden age of streaming, with more “small screen” films and series than you can keep up with, Leone’s films in general, and this one in particular, continues to be influential, not just in the genre of Western films, but filmmaking and directing in general.  Leone himself was a bit of an enigma.  Unlike Alfred Hitchcock and Christopher Nolan, filmmakers who extensively storyboard and plot out what is to be shot, Leone never wrote anything down: he had the whole film in his head.  Watching The Good, The Bad, and The Ugly isn’t just a chance to see a different era of filmmaking, it’s a chance to see a different kind of filmmaking, with an Ennio Morricone score with themes that you’ve heard since childhood.

Is this your favorite Clint Eastwood film?  If not, which one is?

295400cookie-checkFilms for Gents: The Good, the Bad, and the Uglyyes