Eight and Bob: A Classic Fragrance with a Fascinating Story 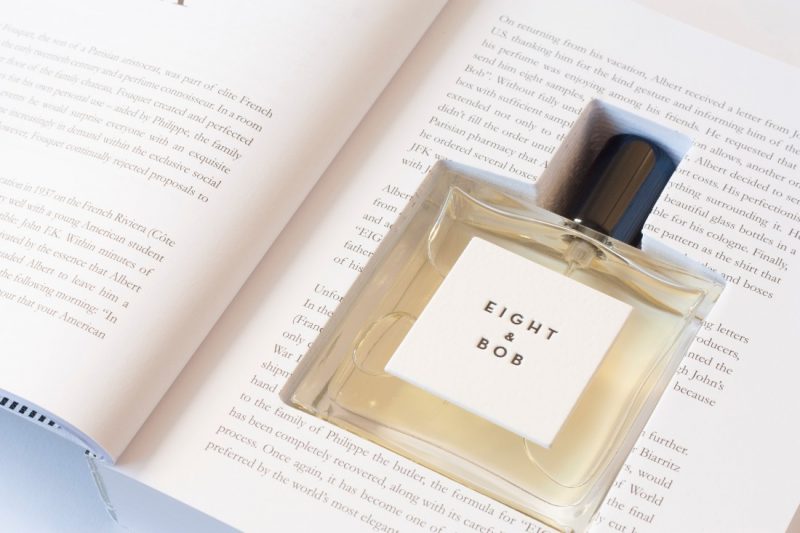 In previous articles we’ve talked about the importance of a good fragrance as well as some tips for picking a scent that you feel really represents you.  In this article we’re going to talk about one particular brand we’ve liked for a long time, not just because it’s a classic scent for a Gent, but because it’s got a great story to go with it.

Our story starts in 1937 on the French Riviera.  A young American student named John F. Kennedy was touring France in a convertible.  He ran into Albert Fouquet, the son of an aristocrat.  Fouquet was a perfume connoisseur and with the help of Philippe, the family butler, would create fragrances for his own personal use.  People in his social circles really enjoyed these scents and often tried to persuade Albert to market these fragrances, but he always rejected the idea.

This happened with JFK as well.  The future president asked for a sample of the cologne and sure enough, the next morning a small bottle was left with a note: “In this bottle, you will find a dash of French glamour.”  JFK sent a thank you note from the US and that he would like “eight samples, and if your production allows, another one for Bob.”  This was somewhat lost in translation, and Albert sent along more than the eight, but printed a label and boxes as “Eight and Bob,” with a decoration for the boxes in the same pattern as the shirt JFK was wearing when they met.

Before too long Albert was receiving requests from Jimmy Stewart and Cary Grant, and many in Hollywood who had heard about the cologne.  But this success would not be long-lived.  Albert died in an automobile accident in France in the spring of 1939, and later that year Philippe, the family butler, was forced to leave the family.  He hand cut holes inside books to place the final orders of cologne so that the Nazis would not seize them.

Many years later, the formula for Eight & Bob was recovered, as well as the handmade production process.  While the formula is secret, the company has disclosed that at its heart is a Chilean plant which grows at high altitude and can only be picked in December and January.  Fouquet had run into this plant in 1934 during a visit to Chile.  Of the ones that are picked less than 10% are used in the fragrance, hence there is a limited number of Eight and Bob available in any given year.

The Original fragrance has notes of cardamom, dried wood, amber, sandalwood, lemon, and vetiver, among others.

If you’re wondering, you can find several variations of Eight and Bob, including the Original, at each of our member clubs.  Just ask our team when you arrive or before you leave.  You can smell some samples and decide which one is the best fit for you.

Do you have a favorite fragrance you’d like us to review in the future?  Let us know in the comments.

296500cookie-checkEight and Bob: A Classic Fragrance with a Fascinating Storyyes