A Gent takes Up Mountain Biking 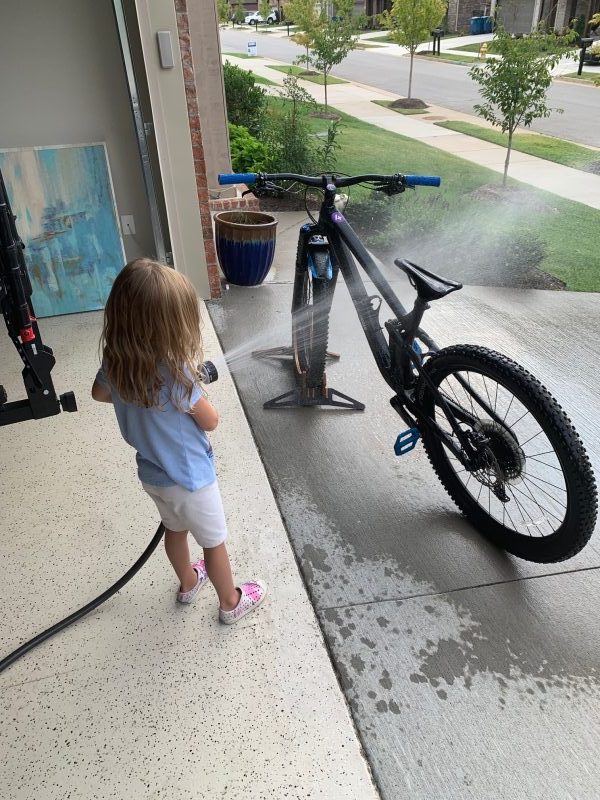 One of the members of the Bentonville Gents Place, Kyle Williams, was kind enough to give us his input for this article.

It was April 2020 and Kyle Williams did not want to be stuck inside any longer.  He (and probably many others) searched for legitimate reasons to be outside and exercise was on that list.  He had friends who he knew mountain biked and he had also heard that Northwest Arkansas had some of the best trails in the country.  Why not put that claim to the test?

Kyle played football in college and loves being in shape.  While he had taken some spin classes in the past and even had a road bike, he was curious about the possibility of a more aggressive activity that wouldn’t necessarily expose him to injury.  He had already had the mandatory Crossfit injury (achilles/knees) and didn’t want to go through that again.

“When most people think about mountain biking they might think it’s high impact, but really, the suspension and pedals absorb most of that impact.  What is unexpected is the use of your hips: that’s really what you have to end up using to turn the bike,” Kyle shared.

As he got out of the house and onto the trails Kyle found out that not only did the NWA trails live up to their reputation, but they have enough international juice to host an upcoming (2022) world championship cyclo-cross competition.

It turns out that mountain biking did give Kyle that higher input activity that he wanted, but it also gave him something he wasn’t expecting: some mindfulness time.  “You need to pay attention to everything on the trail,” he said.  “You need to be fully present and I didn’t realize how much I enjoyed having that concentrated dose of mindfulness.  It’s just not something you can get at the gym.”

You can easily spend a lot of money on a high-end mountain bike, but you don’t need to in order to have an excellent experience.  Kyle happened to have a friend who was a former pro who gave him some advice and he settled on a full suspension bike.  You may not live in Northwest Arkansas, so your considerations for bike style may be different given the terrain you hope to tackle.  Bike style, along with fit (which is best examined in person), are key high level boxes you want to check when shopping for a bike.

His enthusiasm led to his wife and five-year old getting bikes as well (she’s pictured in the photo washing down daddy’s bike after a ride).  It’s become a fun family activity in addition to serving the workout (and getting out from lockdown) purposes that led him to seek it out in the first place.

Kyle has also had the chance to get involved with a charity called Go4Graham, which aims to remove the stigma surrounding mental health through movement, education, and community.  Kyle is the NWA ambassador for Go4Graham, which is based in Colorado and has excellent ties to the biking community at every level.

Did you pick up a new pastime or hobby during lockdown that has positively impacted you?  Feel free to share with us in the comments below (and if you’re a member, if you’d be open to talking about it for an article).