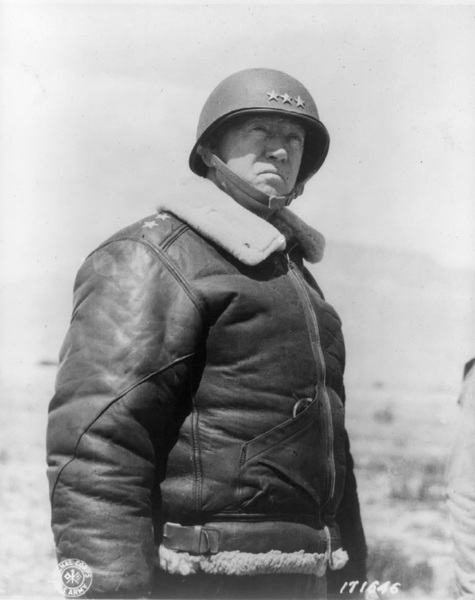 This next week marks the 75th anniversary of the landings in Normandy by the Allied Forces that would go on to end a war that involved many parts of the world. It’s a war that still has a grip on our imagination, as seen by the films and books produced every year that portray persons, events, and episodes of it. There are many films worth watching, but to commemorate this important anniversary, here are a few you should add to your queue if you have not seen them, or are worth a rewatch if you already have.

Francis Ford Coppola once shared that he was having troubles on the set of the Godfather when he won an Academy Award for the scriptwriting of Patton, the 1970 classic that immortalized George C. Scott in the role. The studio thought better of firing an Oscar winner, and the rest is history. Patton is a masterpiece. Though it had a fascinating historical character to work from, the musical score, the strong performances by the actors, and the realistic combat scenes all contribute to capture, by following General Patton from Africa to Sicily to France to Berlin, with a detour through London for “bad behavior,” an excellent view of the role that tanks played in this war.

Rarely do we get to see a war from the enemy’s perspective, and Clint Eastwood’s thoughtful Letters from Iwo Jima does precisely that. Kyle Eastwood helped to contribute to the evocative and haunting music, and Ken Watanabe’s portrayal of General Tadamichi Kuribayashi goes a long way to providing more context to the motives of the Japanese. The film is almost entirely in Japanese and due to its subtitling (and focus on the Japanese perspective) was less popular in the United States than in Japan.

Submarine warfare was an important part of the war in the Atlantic and in Hitler’s efforts to break the back of the British. This Wolfgang Petersen directed film is in German and like Letters from Iwo Jima, gives those who were raised in Allied countries a perspective on the lives and motivations of those “on the other side.” The story focuses on the ups and downs of this particular submarine, using it as a device to tell a larger story about how the war was perceived and proceeded in general.

Christopher Nolan showed that he wasn’t just good at superhero movies when he released this sweeping nonstop-Hans-Zimmer-scored epic some years ago. Its main storyline follows one soldier, who like everyone else at Dunkirk, was trying to escape the encircling German forces, but we also follow the exploits of a pilot played by Tom Hardy, who is part of the developing RAF, and a father and son who form part of the civilian evacuation of the military. In a certain sense this film doesn’t deal with the war we are more familiar with, as it occurs at its very start, when Hitler has successfully swept through Europe and Britain is left alone in resistance.

While a part of this film, Hitler’s complete loss of temper after hearing bad news, has become comedically meme’d to death, the film itself is very worth watching. It is built around the recollections of one of Hitler’s secretaries, in particular, the final days in Berlin before Hitler’s suicide and his raging paranoia about those around him, and finally his predictable cursing of the German people as he chooses the easy way out. Perhaps the darkest of the films on this list, no reflections about World War II can be had without confronting the man at the very center of it.

While most think of Saving Private Ryan when it comes to Spielberg, Tom Hanks, and World War II, a better representation of their work and thinking is the ten episode HBO miniseries Band of Brothers, and its complementary, though quite different series, The Pacific. An episodic miniseries has the capability to take some of the longer storytelling necessary for war and give it a better and fairer representation.

Each of these films gives us a better sense of people who sacrificed and endured against great hardships in order to pass a better world down to their descendants. That’s a worthy goal of any Gent, and it does us well to be reminded from time to time what others had to face in order to preserve what truly matters.

Which favorite would you add to this list? Share in the comments below to receive 25% off your next purchase of Rascal products at any of our clubs.