Why Old Glory is Red, White, and Blue 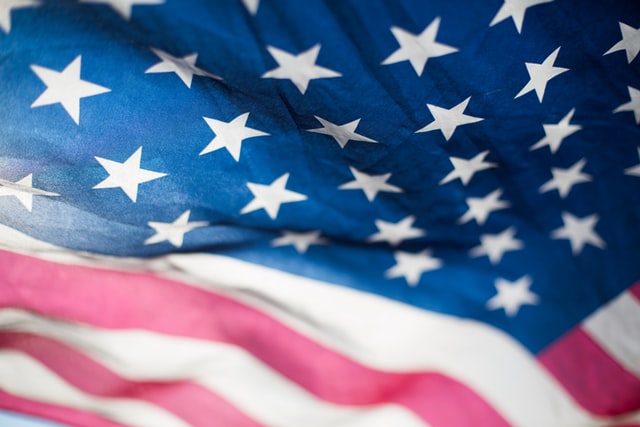 One of the things that Americans display prominently on July 4th is the flag.  But while we might know what July 4th is all about, we might now know why the flag we proudly wave has the colors it does.  In this article we’ll talk about what they may mean.

On June 14, 1777, in Philadelphia, the following resolution was adopted:

Resolved, that the flag of the United States be thirteen stripes, alternate red and white; that the union be thirteen stars, white in a blue field representing a new constellation.

You’ll notice there is no official meaning assigned to these colors in this resolution, and it would stay that way for five years.  By that time, in 1782, Charles Thomson, who had been the secretary of the Continental Congress, had finished designing the Great Seal of the United States.  The colors used there were also related to the colors of the flag and the associations Thomson gave were:

While it might not immediately occur to us, these are the same colors of the British flag, which is unchanged from the time of the secession of the 13 Colonies from England.  This makes sense, given that many of the Founding Fathers had served under the British flag and were unashamed of indicating that the United States had a heritage and bond with the United Kingdom.

So now you know at least one interpretation of why these specific colors, but why stars and stripes?  The “official” explanation which you can find states that the star is a “symbol of the heavens and the divine goal of men” and the stripe is a “ray of light emanating from the sun.”  It’s a bright explanation, all-around.

President Reagan would continue on this theme, related to John Winthrop’s conception of America as a “city on a hill,” saying that the colors of the flag represented “the qualities of the human spirit we Americans cherish.”  His meanings are not too different from Thomson’s:

Every now and then you will run into flags with gold fringe.  This is authorized for indoor flags only and no, there’s not any official meaning associated with it.

While many things have changed in America since these colors were adopted in 1777, one thing has not changed: Americans will either live united under this flag, for better or worse, or divide and go their separate ways.  Fighting for something that matters takes work, the kind of work worthy of all Gents.

What do the colors of the flag mean to you?  Do the “official explanations” resonate with you?  Share in the comments.