What is the Difference between Single Malt Scotch and Blended Scotch? 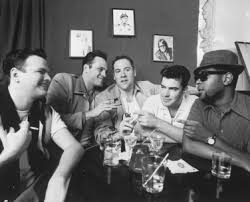 We’ve all wondered it before, but likely been too embarrassed or too drunk to ask: what is the difference between a single malt scotch and a blended scotch?

Blended scotches are a more cost effective product, since grain whisky is cheaper to produce. Whisky made from unmalted cereal such as wheat or maize tends to have a harsher flavor than whisky made from malted grains. The challenge in produce a consistent blended scotch arises when a base component of the blended whisky becomes unavailable, either because a distillery has closed or no longer wishes to offer their product to blenders.

Tip:  Experts say adding a couple of drops of water to your scotch will help bring out the flavor, or take a sip of coffee or a bite of dark chocolate to better appreciate the subtle tones of the scotch.

2900cookie-checkWhat is the Difference between Single Malt Scotch and Blended Scotch?yes