The Tesla Cybertruck: the future? 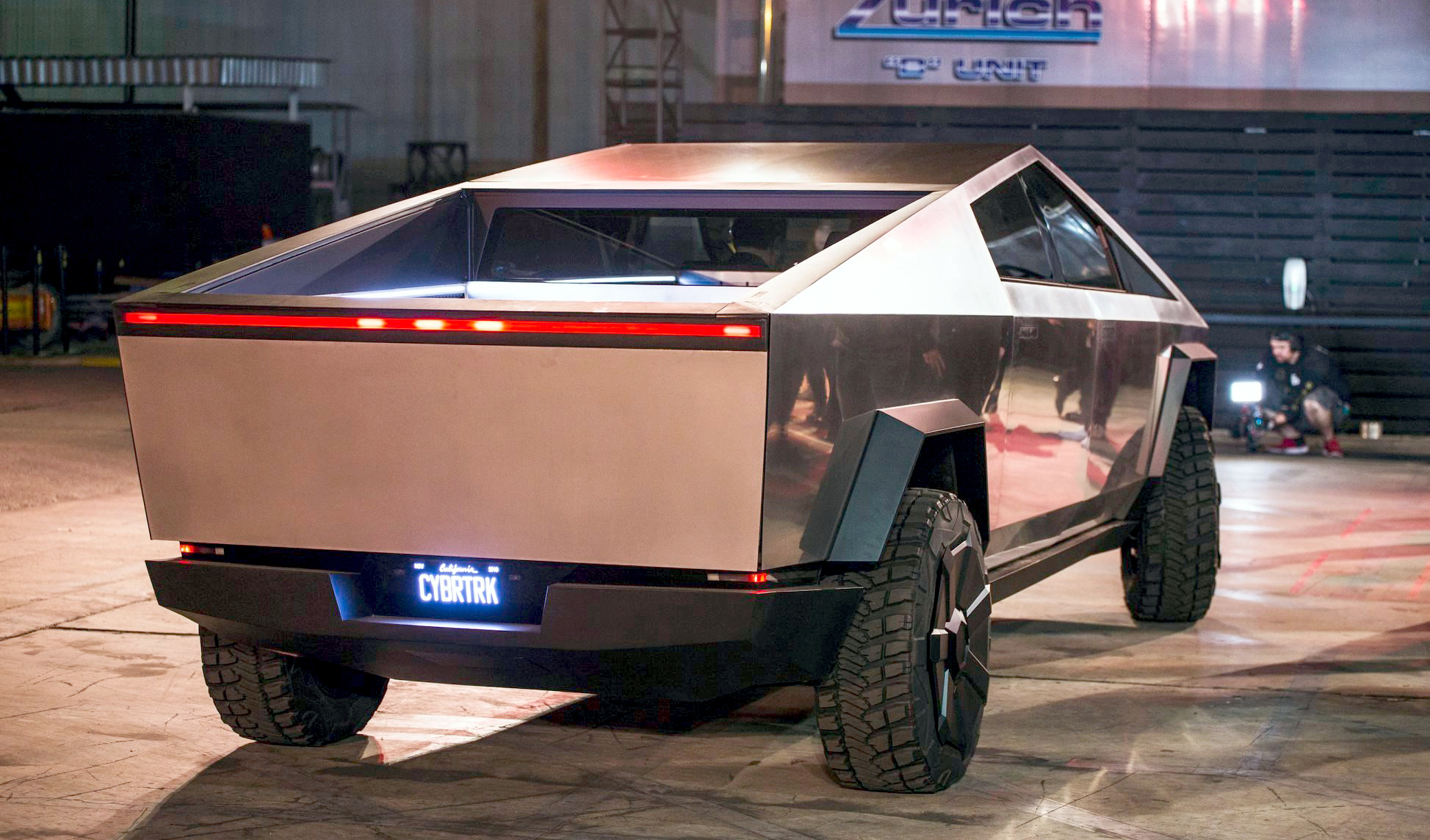 When Elon Musk unveiled Tesla’s newest vehicle, the Cybertruck, things didn’t go according to plan.  A demonstration to highlight the “armored glass” went wrong, he got trolled by Lego, and even a few of his own stockholders sold, as Tesla shares dipped 6%.  Yet, as usual, Elon had the last laugh, as over 250,000 people plunked down a small deposit to purchase the truck which was apparently inspired by style from Blade Runner.  So, it’s worth looking into what it’s got to offer.

The Cybertruck is made of a stainless steel alloy, the same alloy that is used for SpaceX’s Starship, and Musk claims it’s bulletproof against a 9mm round, but thankfully, he didn’t test it during the reveal.  It will come in three variants:

It will have solar panels on its roof, increasing its range, and it has a built in ramp as well as cover for the cargo bed.  It even has an adjustable ride height.

If Ford, which is the leader in the light truck space, is scared, it isn’t showing it.  At the 2019 Detroit Auto Show it confirmed that it would be building a fully electric F-150.  The styling will look mostly the same, but the ride height will be slightly higher to fit the batteries under the cab.  But it’s not expected until 2021 at the earliest.  As we’ve noted before, EVs aren’t just for little commuter cars anymore.  Other luxury car makers have jumped in, and now it seems Tesla’s beaten the major automakers to the truck market as well.

While the design of the Cybertruck has proven to be polarizing so far, we won’t really know what the market thinks about it until 2021, which means that Ford may launch their all-electric F-150 near the same time.  But Tesla continues to maintain two advantages over the competition:

If you remember the DeLorean from Back to the Future (well honestly, who doesn’t?) you’ll remember it’s eye-catching design.  Like the DeLorean, the Cybertruck is unlike anything else currently in production.  It, like the DeLorean, was also made of stainless steel, unlike any other vehicles out there.  But apart from its success in film, there were only ever 10,000 DeLoreans made, as the company sunk under the management of its flamboyant founder, John DeLorean.  Despite running three different companies, Elon Musk hasn’t sunk yet, though he has had a few stumbles (the most recent being dual $20M fines from the SEC over some careless tweets).  It’s clear that whether you believe Tesla is here to stay or not that it has shifted the conversation about electric vehicles and has driven innovation in all of the major car manufacturers.  To lead, you sometimes have to be willing to be laughed at.  In the coming years we will see who ends up laughing last.

Do you love it or hate it?  Or are you somewhere in between?  Tell us in the comments below.