The Gent’s Guide to Wine Regions of the World 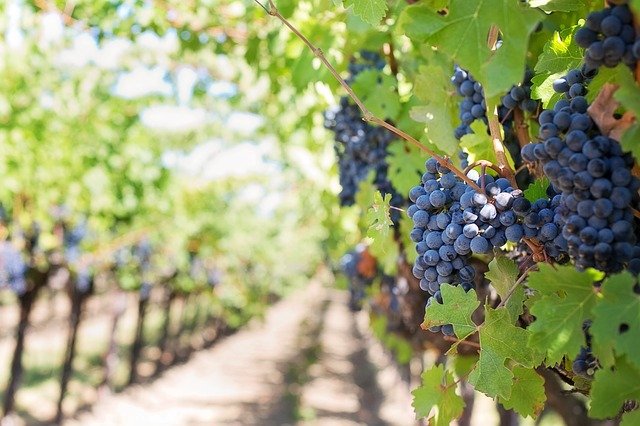 Recently when we’ve been discussing alcohol we’ve shared bourbons and craft beers that you should be trying.  In this article we are going to build on wine basics to create a brief wine companion to our article on scotch regions.  Scotch is only made in one country, but wine, and more and more, great wine, is made all over the world.

This is your first great division when it comes to looking at different wine regions.  But you could also be talking about different ways that people think about wine.  The “Old World” encompasses the two giants of winemaking in Europe, France and Italy, followed by Spain and Germany.  Labels, particularly those of France, will list the producer and the region, because the assumption is that the person looking at the bottle will know the types of grape that are grown in that region.

The New World in wine is, generally speaking, outside of Europe.  This includes North and South America, Australia, New Zealand, and South Africa.  You are much more likely to see the grape varietal as a key component of the label on a New World wine, as buyers in those parts of the world tend to know varietals rather than regions.

In the spirit of bridging these two worlds, a couple years ago a French-born entrepreneur who now lives in the US took his wine brand on Shark Tank: Obvious Wines puts a taste/impression prominently on the label, like “Dark and Bold” or “Rich and Oaky,” with the varietal and regional information less prominently (but still completely) displayed.

France has a number of important wine-growing regions (and a good way to start a heated discussion with the French is to ask which one is the “best”) but the most important ones, by volume of what is sold there and around the world, are Bordeaux, Burgundy, and Champagne.  Bordeaux is famous for its merlot and cabernet sauvignon, and Burgandy for its pinot noir and chardonnay.  You can guess which wines come out of the Champagne region.

Italy can boast some of the oldest wine-producing areas in the world, some dating to pre-Roman times.  Piedmont, located in the north, produces some strong reds in the Barolo and Barberesco regions.  Tuscany, slightly north of the middle of Italy, is most known for its montepulciano and sangiovese grapes, the latter of which are used to make chianti.

New Zealand is perhaps best known for its rugby team, the All-Blacks, and as the backdrop for The Lord of the Rings, but it also produces some wonderful wines.  The sauvignon blanc from the Marlborough region on South Island is well known, but Central Otago, further south on South Island, is garnering a reputation for its pinot noirs.

Argentinians love to brag about the quality of their steaks (with reason) and they’ve got the wine to pair with it in their malbecs.  A wine unique to Argentina that can be divisive among wine lovers is the aromatic and fruity torrontes.

Chile’s microclimates operate across a country with so many different latitudes to choose from, producing distinctive cabernet sauvignon and sauvignon blanc.

Among the newest of the new world wines, 1961 marked the first year of grape cultivation in Oregon, but they haven’t wasted any time.  Their pinot noirs consistently score well.

Of course everyone knows about the Sonoma and Napa regions, and there are plenty of Old World snobs who have long ago stopped pretending that California wines can’t compete with the best in the world.  But California is fully aware of that reputation, especially for its chardonnays and zinfandels, and prices their wines accordingly, not just outside of its own state borders, but worldwide.

Do you have a favorite wine region among the ones we mentioned or one that we didn’t?  Let us know about it in the comments!