The Gent’s Guide to Mouthwash 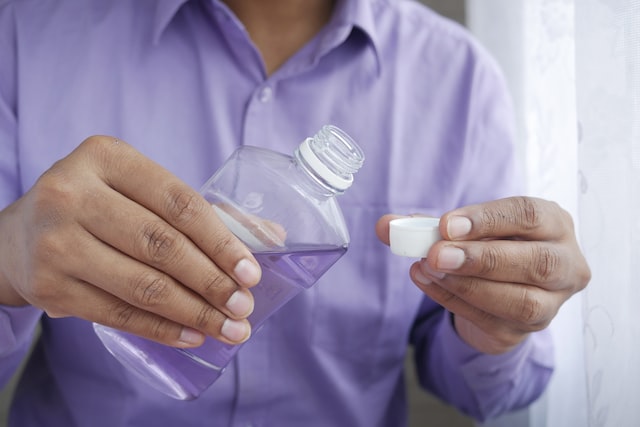 We often talk about the importance of having an established routine here on The Gents Blog. One of those basic routines that almost everyone gets is the importance of brushing and flossing. But what about mouthwash? The consensus is that it’s not necessary, but it can be useful.

What you have to do to make sure your pearly whites are in their best condition is brushing at least twice a day for two minutes each time, and flossing at least once per day. The friction and motion that brushing and flossing have with teeth and gums helps keep them clean and doesn’t give any openings for bacteria, tartar, and everyone’s least favorite, cavities.

So, if mouthwash isn’t necessary for oral hygiene, what does it accomplish?

This last point is particularly helpful for those gents who find themselves with chronic bad breath. Dentists will always point out that it’s most likely diet or tobacco that causes chronic bad breath, and mouthwash can’t change those life choices for you, but it can temporarily mask those choices so that others don’t have to partake of them too.

Mouthwash also helps to remove plaque. Plaque is that temporary film that, when left too long, hardens into plaque and makes for those dental visits that can become bloody when your dentist has to scrape too much to get rid of this plaque.

How to Use Mouthwash

While you might think that using mouthwash is fairly straightforward, there are a couple things to keep in mind that aren’t obvious.

Some people also use mouthwash as part of their routine during the day, after meals or even after coffee. This helps keep their breath at its best. And since Gents always want to be looking and feeling their best, mouthwash is a small but effective tool to help them do just that.