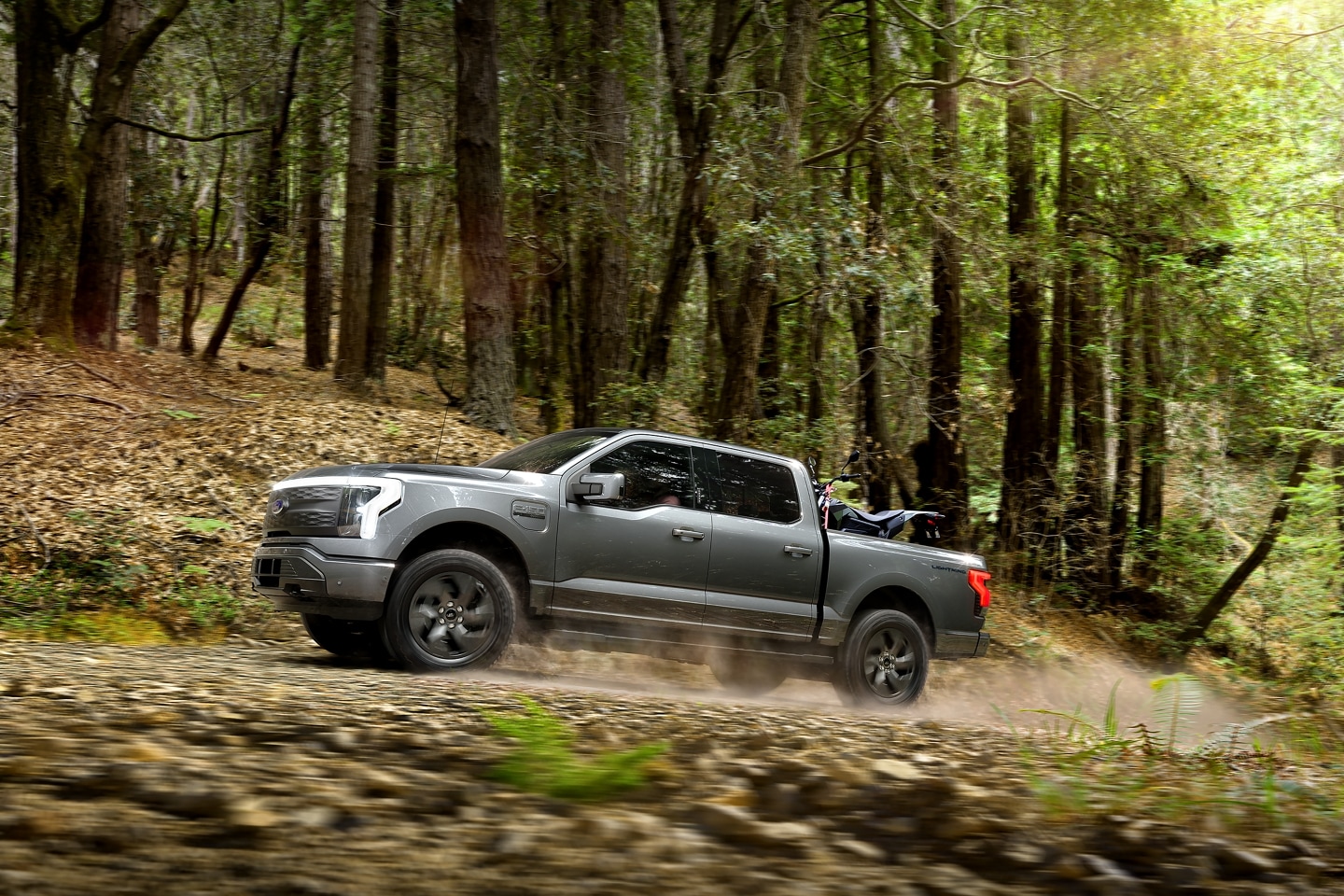 It wasn’t that long ago that we were writing about more and more luxury brands moving into the electric vehicle space.  Tesla’s Cybertruck premiered (as a concept) some time ago, though production seems to be delayed until early 2023. Chevy has an all-electric Silverado planned for 2024.  But if you want an all-electric truck now, Ford is selling just such a model this year: the F-150 Lightning.

Those who have had a chance to do test-drives or ride-alongs in this vehicle have often used superlatives to describe it, one of them being “segment-defining.”  This has to be due, in part, to the fact that Ford is not asking anything difficult of its core buying base of the F-150 to adopt this vehicle.  It looks, feels, rides, and pulls like an F-150.

But even more importantly, it has a standard-priced model at $39,974, which is more affordable than a similarly-equipped gas-powered F-150 XL.  But that price is before incentives, which includes a $7,500 Federal tax credit.

Now that tax credit is contingent on your own personal tax situation and the number of vehicles that have been sold (when a given model has sold at least 200,000 vehicles the credit is halved and then eventually wound down) but the fact that Ford has configured this vehicle the way the majority of existing F-150 buyers like it and that they have also priced so aggressively shows you that they are all-in on an e-centric strategy. They’ve been able to move this quickly at this price point because they haven’t had to reinvent the wheel.  They already are producing F-150s: they only had to focus on a few things to bring this version to life.

Some of the Numbers

There’s a performance version of the Lightning that will boast 563 horsepower, but the model we’ve referred to above is going to deliver 426.  Both models will offer 775 pound-feet of torque, the most in F-150 history.  It’s also going to have a solid grille (no need to have air flowing over a radiator) and a driver’s side charging door to indicate to the casual passerby that this isn’t the same old F-150 they’ve been used to.

The Lightning comes with the largest lithium-ion battery Ford has ever offered.  The standard range battery offers an estimated 230 miles of range, with a larger pack available at 300 miles of range.

Ford includes an 80-amp at-home charging station as standard with your purchase.  When plugged in the Lightning should gain about 30 miles of range per hour, or from 15% charged to full in about eight hours.  If that’s not fast enough for you, you can always track down one of the public 150-kW fast chargers that can add 54 miles of range for every ten minutes of connection.  It can take your truck from 15% charged to a full charge in just under 45 minutes.

In one of those, “did someone actually ask for this feature?” moments, the Lightning is offering something called Intelligent Backup Power.  If your home is properly configured to disconnect from the grid and connect to your truck (meaning you have added a power inverter that can convert the truck’s DC power and turn it into the AC power your house wants), it can power your home during blackouts, no noisy generators needed.  When plugged into your home it can deliver 9.6 kW of juice directly into your system, which, depending on how well you manage what you keep on during the blackout, could last you between 3-10 days.

The Lightning will also work using the Phone As a Key feature, which will allow you to use your mobile device to remotely lock or unlock the vehicle, start it and even drive it without having to carry the fob around with you.

At the moment, this year looks to be an exciting one for the Blue Oval.

Are you interested in an electric truck?  Are you waiting for a Tesla Cybertruck or are you thinking about getting this F-150?  Let us know in the comments!