The Fall of FTX and the Future of Crypto 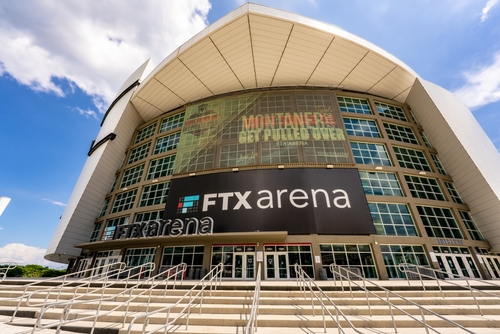 On The Gents Blog we’ve covered a fair amount of information about crypto. Back in 2017 we explained what cryptocurrencies were, which are only one use case out of many for the technology known as blockchain. We also talked about different currencies available, like Ethereum and Litecoin. We also sought to explain the turbulent market around Bitcoin, which we first wrote about in 2014. We’ve also explained how some apps allow you to trade in crypto and how NFTs work. So it makes sense that we should try to give a bit of context for the FTX fiasco.

To help frame this, you should think of the FTX collapse (and that of founder Sam Bankman-Fried) as a combination of Lehman Brothers + Elizabeth Holmes + Bernie Madoff:

At the time of its collapse, FTX was valued at $32B.

The first domino fell at the beginning of November when CoinDesk published an article declaring that the emperor probably had no clothes. What was clear was that there was at least a strongly conflicted relationship between Alameda Research and FTX, both owned by Bankman-Fried. Alameda Research was heavily invested in the FTT token, which was a coin issued by FTX. The recent decline in the value of FTT (along with that of other cryptocurrencies) had effectively made FTX insolvent. (There’s a lot more we don’t have time to get into. If you want even more (crazy) background, check out Coffeezilla’s explainer, which includes Kevin O’Leary saying he has no regrets about backing Bankman-Fried.)

Competing exchange Binance were in negotiations to buy FTX’s holdings but the due diligence Binance did on the deal revealed a number of problems and they pulled out. This led to a collapse in value of FTT and knock-on effects in the crypto market. FTX filed for bankruptcy shortly thereafter.

So is the answer that fraud is always going to happen in any market, and that it’s just a matter of time before it’s exposed? Well, yes, that’s part of the answer.

But the more challenging issue is that crypto has always tried to position itself as an alternative to traditional currencies and ways of investing. By living in the blockchain and attempting to carve out an existence outside of legal jurisdictions and taxations, crypto promised a “new way” of handling money, not just in change of form, as in how money has previously existed in the form of salt or silver, but in conception: money could be held anonymously outside of traditional financial jurisdictions. But how does such a revolutionary concept live adjacent to (and take investment from) the status quo?

There’s a hard care of crypto believers who have, through the billions they made, led many investors to casually diversify their portfolios with “a little bit of crypto.” The problem? Crypto is unevenly regulated, which is why FTX was headquartered in the Bahamas. It dealt with a lot of speculation that was illegal in the United States. Many investors were looking for outsized returns with the traditional safeguards of stock trading.

But our memories are short. The “traditional safeguards” didn’t prevent Enron from collapsing and many individual and institutional investors taking the hit. Will FTX’s collapse lead to a greater understanding of the possibilities that crypto offers and more level-headed approaches to crypto investing? Probably not. Instead, it probably marks the end of the public’s casual dabbling in crypto.

At least until people start hearing stories of friends getting rich and once again think of jumping on a get-rich-quick bandwagon. The way humans may conceptualize and use money may change, but the way we gamble and dream about it doesn’t.