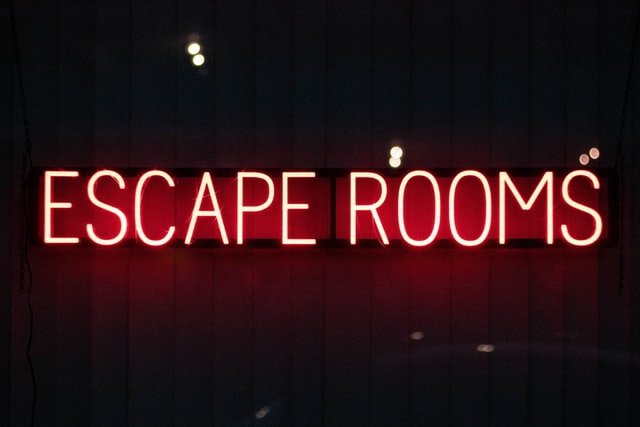 Back in 2014 there were only 22 escape rooms in the country.  Now there are more than 2000 here and more than 1500 in the UK.  It turns out that paying around $30 to be locked inside a room to figure out how to solve a mystery is pretty popular.  Red Bull even sponsored an escape game championship with teams from 23 countries participating back in 2019.  Why are they so popular and why might you give one a try (if you haven’t already)?  Let’s find out.

So you’re never really locked into the escape room.  As part of your briefing you will be told a path to exit the room and those monitoring your game (appropriately called “gamemasters”) will also initiate a “rescue” if they suspect something isn’t going right for you and your party and you need to be taken out of the situation.

But, unexpected early exits aside, you’ll generally be in a small adventure.  You might feel like a character in an Indiana Jones movie, Oceans 11, or Mission Impossible.  You and your team (which could be friends, family, co-workers, or total strangers) are briefed by your gamemaster and then have a certain time limit to accomplish a task or set of tasks.  Winners get to take a photo, usually with goofy hats or props.  Losers can still take photos, but sometimes have sadder faces.

Things become popular for a number of reasons.  Escape rooms are riding the social phenomenon so prevalent in our entertainment: we tweet while watching television, we talk to others we play video games with, we share the food we are eating.  Escape rooms are one more spoke in our social wheel.

But the social aspect is only the trend that escape rooms are riding.  They also are intrinsically attractive.  They offer:

All these aspects are often tied together in an immersive experience with sights and sounds to help you forget the outside world and focus on solving the mystery!

When You Can Go

While team building might be the low-hanging corporate fruit for escape rooms, plenty of people opt for them for bachelor or bachelorette parties, family get-togethers, or just a day or night out with friends.  People of all ages can participate and still contribute to the team effort: no special knowledge or training is required.

With work and family responsibilities for many of us, escape rooms provide an opportunity to do just that: escape and have some fun while learning more about ourselves and others, all within a set time limit.  If that sounds like a pretty good deal, that’s probably a big clue as to escape rooms’ remarkable growth, which doesn’t look like it’s stopping anytime soon.

Photo by Zachary Keimig on Unsplash

Have you played an escape game?  Did you enjoy it?  Share with us in the comments.