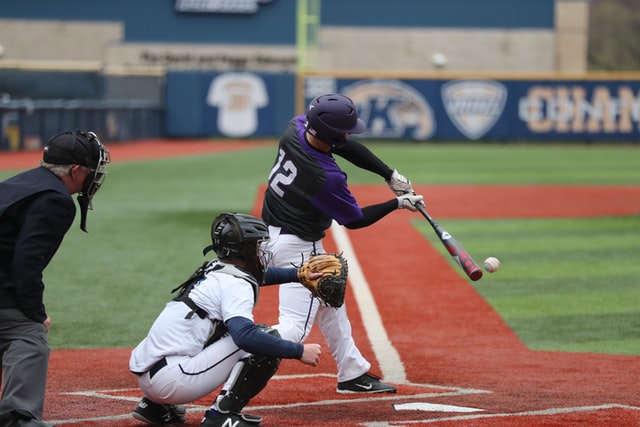 It’s the middle of the first full season of baseball in which both the American and National Leagues are regularly using the Designated Hitter. Fans were divided on this issue, with NL fans usually crowing that their teams played “real baseball” and AL fans laughing all the way to the bank with their DHs doing what they do: hit, drive in runs, and get on base.

While those who would argue that having pitchers hit is “tradition,” there’s almost no resistance to major changes like the addition of the Wild Card race. In fact, after its introduction the change to the postseason had only “wild” support. No one would think of removing that now, particularly not St. Louis Cardinals fans who saw their 2011 team win a World Series on a wild card berth.

So why is having pitchers hit different? Because it recalls a link to the “good old days,” something that baseball is full of. As America’s pastime, it’s supposed to be full of tradition. Getting rid of pitchers hitting feels like abandoning that tradition.

Except the American League had already abandoned that tradition, for over half a century now.

While it’s easy to beat up on pitchers’ inability to hit, you have to realize that it’s a special skill set, akin to playing both ways in football. There’s another sports “tradition” that has long since faded.

Oakland’s Billy Beane gives us more context: “If you think of great major league hitters who’ve been around for…10 years, they’re like construction workers who hammer nails all day. The strength in their hands is incredible. That’s the part about hitting that pitchers lack — the repetition that builds hand strength.”

And why can’t pitchers spend endless hours in the batting cage? Because they’re busy…working on their pitching, which they have to do nonstop for periods of time.

Pitchers Who Can Hit

The old argument of who is playing “real baseball” is moot now since the NL is using the DH (it’s still going to take getting used to for NL fans), but no one argues about how magical it is to see a pitcher hit at bat. Because whatever fans may have argued, it’s definitely better for baseball for players to hit when they have an at-bat. In other words, it’s only worth having pitchers hit if they actually do so.

Some recent magical pitcher at-bats include:

So, change has happened, whether you wanted it or not. But that doesn’t mean we can’t enjoy the memories and enjoy a new era of both leagues batting on equal footing, which is better for competition and one of the reasons we watch baseball, right?