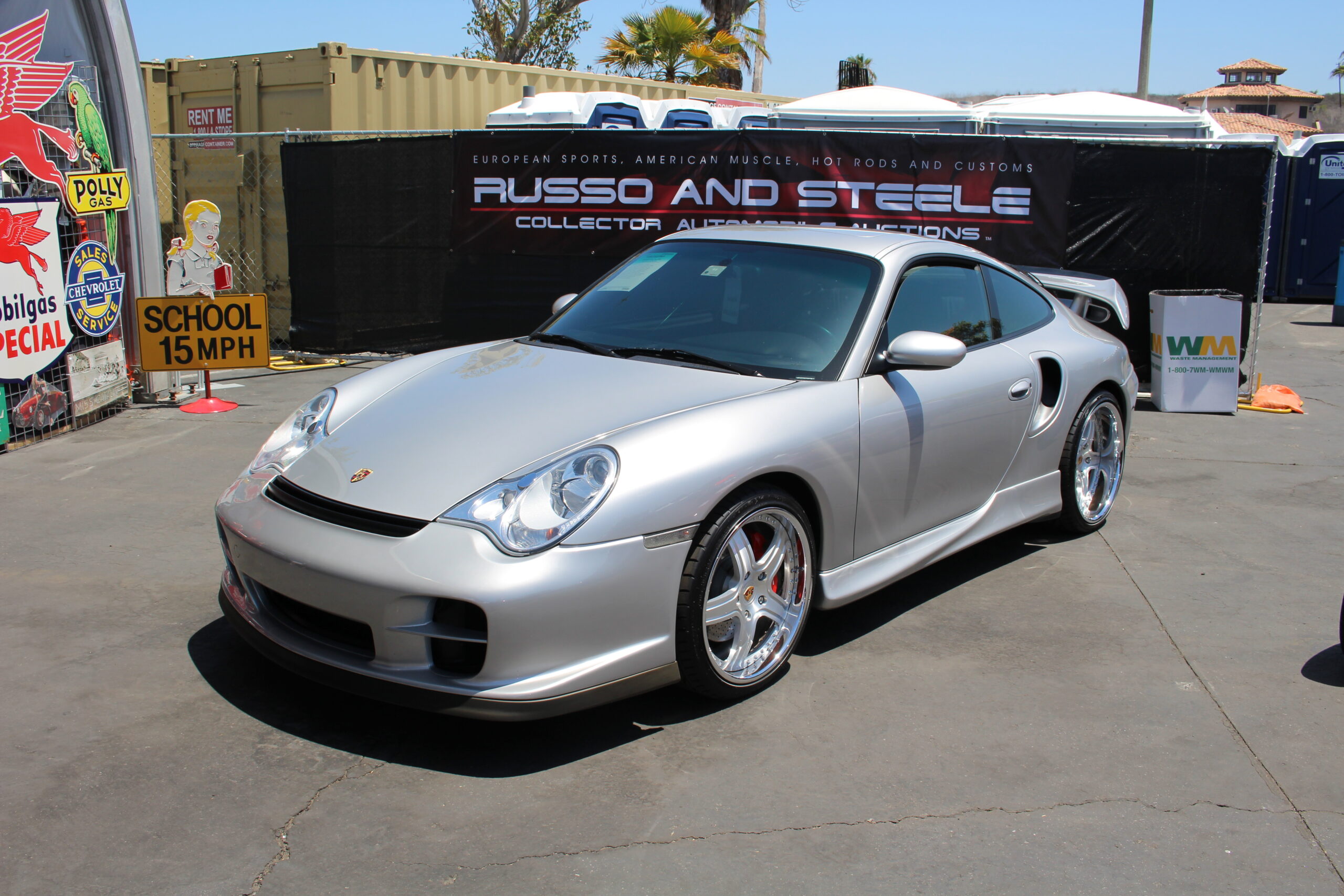 This article (and its accompanying photo) is courtesy of our resident gents car guru, Brett Hatfield.  Find more of his car-obsessed writing check out his blog The Driven.

Known internally as the 996, the Porsche 911s from 1999 to 2004 currently represent a staggering performance bargain. Modern enough to encapsulate all the standard luxury options found in most new cars, the 996 offers the comfort, performance, and styling one would expect from the German Juggernaut. Generally shunned by the Porsche purists for being the first of the new liquid-cooled 911s, the 996 does not retain its value the way previous 911s have. This can be a real bargain for those who are willing to overlook (or even embrace) the liquid-cooled cars. Compared to the previous generation 993, the 996 is faster, stiffer, safer, more efficient, and have slicker aerodynamics. The interior ergonomics are hugely improved over previous 911s. The layout is logical, with controls easily and readily located. Gone are the days of waiting ten or fifteen minutes for the heat exchangers to heat up in order to have warm cabin air. The air conditioning in the 996s is far more efficient, and no longer requires an expensive upgrade just to work properly. The base motor in 1999 yielded a healthy 296 horsepower, equating to very respectable performance stats. The base 1999 911 Carrera coupe could make it from a dead stop to 60mph in just 4.9 seconds, going on to a quarter mile time of 13.3 seconds. Equipped with ABS, stability control, and traction control, the undesirable handling traits of previous 911s had been successfully engineered away. This new package has proven to be stable, tractable, safe, comfortable, and even somewhat practical.

You just can’t get into the world of German performance automobiles much cheaper than this. These cars are a true performance bargain, and it would be difficult to find another automobile which offered the bang for the buck the 996 do. 996s with solid service history, no deferred service, in good condition with reasonable miles can be had for $20,000 USD, sometimes less. With consistent gains in power from the four-valve-per-cylinder horizontally-opposed boxer six, the 996 increased its performance prowess over its five year lifespan. It could be had in either six-speed manual or four-speed automatic versions, with a host of luxury options tailored to any taste. For $40k-$50k, one could opt for the range topping 911 Turbo or Turbo S models, with output ranging from 415hp to a truly impressive 450hp with the X50 option. These Autobahn burners would rocket from zero to 60 in 3.5 seconds, with the quarter mile smoking past in 12 seconds flat. If you find a 996 Turbo which has been loved and cared for (most have, due to cost of initial entry), you needn’t worry about the IMS. The Turbos had the Mezger engine design, so the IMS was a non-issue.

For non-turbo models, the unholy trinity is IMS bearing, rear main seal, and coolant tank. The IMS bearing failure fiasco is well documented elsewhere, and for that reason, I will not go into a long description of all the details. Feel free to do an internet search on Porsche IMS bearing failure. You will find innumerable resources with a full education on the bearing, its cause for failure, and what needs to be done to correct it. The bearing failure, depending upon who you listen to, affected between 2% and 20% of water-cooled engines in 911s, Boxsters, and Caymans. The solution is a replacement bearing from LN engineering. In order to install this bearing, it is necessary to separate the engine from the transmission. This presents an ideal opportunity to replace the clutch, as this is the procedure necessary to do so. As long as you are at it, you should also replace your rear main seal. These repairs are complicated and should be done by a competent Porsche mechanic. The coolant tanks are made of plastic which tends to become brittle and crack with age. They should be periodically replaced. Interior materials tend to wear poorly compared to other generations of the 911, and switches have been known to fall out of the dash. Be sure to check this before buying. As Porsches are well-engineered but complicated performance machines, a very thorough pre-purchase inspection is strongly recommended. You should be leery of cars which lack a thorough maintenance history or which have significant deferred maintenance.

If you can find a 996 911 that has had the proper maintenance, frequent oil changes, has been cared for, and has already had the LN Engineering IMS bearing replacement, buy it (they are out there). You will have scored one of the true performance bargains of our time. They are abundant, and after some issues are addressed, they are robust. They will put a smile on your face you may have to have surgically removed.

How do you feel about performance/sports cars?  Would you ever buy one?  Do you already own one?  Share with us in the comments below to receive a free upgrade on your next service – from a 3 course to a 5, or from a 5 course to a 7.