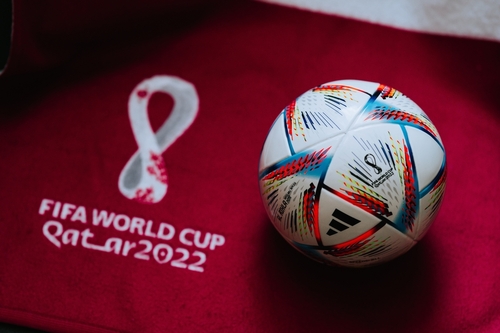 While soccer is not the most popular sport in America, it is the most popular sport in the world and very soon there will be a kickoff in the first game of the every-four-years tournament known as the World Cup. But this one is different. Not only is it being hosted in the Middle East, specifically Qatar, but it’s being used by the media as a tool to “punish” that country. Who’s caught in between? The players.

But before we can even examine what’s happening to them, we have to take a look at the media’s failure on this topic. As with so many things in life, events that are far in the future can get forgotten about, and while there was some media buzz in 2010 when Russia was awarded the 2018 World Cup and Qatar the 2022 World Cup, these events were far enough away that no one really cared, and the media, for its part, lost interest in the story.

But now it’s 2022 and the World Cup is imminent. What is troubling to the world media is Qatar’s human rights record (including deaths of many immigrant workers on this specific project), the limited chances women have to play football in that country, and Qatar’s criminal laws regarding homosexuality.

What that means is that now the media are pressuring soccer players to make some kind of protest (wearing a rainbow armband, for example) or to refuse to play, or to insist on making political statements. But so far none of the players have refused to play and none of the countries who are going to be represented have withdrawn their teams. Barring something dramatic (which, given the last couple years, can’t be ruled out), this World Cup will move forward.

So should players say something? Or should they just “shut up and dribble,” as some pundits would have all athletes do? The answer isn’t so simple.

We all know what Jackie Robinson did for baseball, arguing with actions rather than words, against the prevailing practices and mindset of that day in some places in our country. Or before him, Smiling Jack Johnson, who kept a smile on his face during his famous fight with Jim Jeffries. The author Jack London was there to watch the fight and wrote: “No one understands him, this man who smiles. Well, the story of the fight is the story of a smile. If ever a man won by nothing more fatiguing than a smile, Johnson won today.” As Johnson was called the most disgusting things from outside the ring, he didn’t call a press conference to share his views. He let his fists do the talking.

And yet, in recent years, Michael Jordan was famously criticized for allegedly saying that “Republicans buy shoes, too,” when asked why he wasn’t taking a more prominent role in a Senatorial race in his state. While this quote was never previously confirmed, in the documentary The Last Dance Michael finally addressed it directly by saying that he did make this statement, though in jest, to Scottie Pippen and Horace Grant on a team bus. He also noted that he did contribute to the Democrat in the race, Harvey Gantt. He said he did not feel the record needed to be corrected as it accurately reflected how he was dealing with politics when he was a player.

In the documentary, many decades removed from those events, Michael opined, “I wasn’t a politician when I was playing my sport. I was focused on my craft. Was that selfish? Probably. But that was my energy. That’s where my energy was.”

Players should be free to make stands on what matters to them, when/if it matters to them. The media would like to believe that everyone thinks “correctly,” the way that they do, on every issue, and not only is this patently false, but it flies in the face of what sports at its base is: free expression. Athletes are free to speak and express themselves by their actions, and occasionally, their words. Nothing is stopping any of these players from boycotting the World Cup or from making statements regarding their views.

But the fact that not one of them has made the decision to stay home instead of going to a once-every-four-years tournament speaks in its own way. But it doesn’t have to mean what the media tells us it means. Because sometimes making positive change is more than making statements or calling for boycotts. Sometimes positive change can come from people seeing you show up with integrity and honesty every day, doing something you love at the highest level.