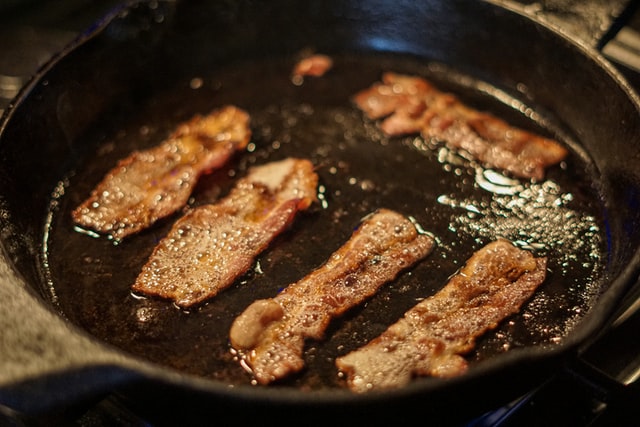 We recently spoke about gift-giving principles, but a gift you can easily give yourself is that of a cast-iron pan.  Not sure how they work or what to keep in mind when using it?  We’ve got you covered.

You might have perfectly good pans and see the addition of one more tool to your cooking arsenal as unnecessary.  And you might be right.  But cast-irons offer some distinct advantages that are harder to find in other types of pans:

Things to Keep in Mind

There are definitely people who have a cast-iron in the family and swear they will never re-season it.  Others regularly re-season it by applying a film of fat over the interior and exterior of the pan and bake it for an hour at 500, catching the droppings with some aluminum foil.  Again, your mileage (and preferences) may vary.  But what is certain is that you’ll have a greater appreciation for what a cast-iron can do for your meals once you’ve given it a try.

Are you a cast-iron user?  What’s your favorite dish to cook in it?  Let us know in the comments.