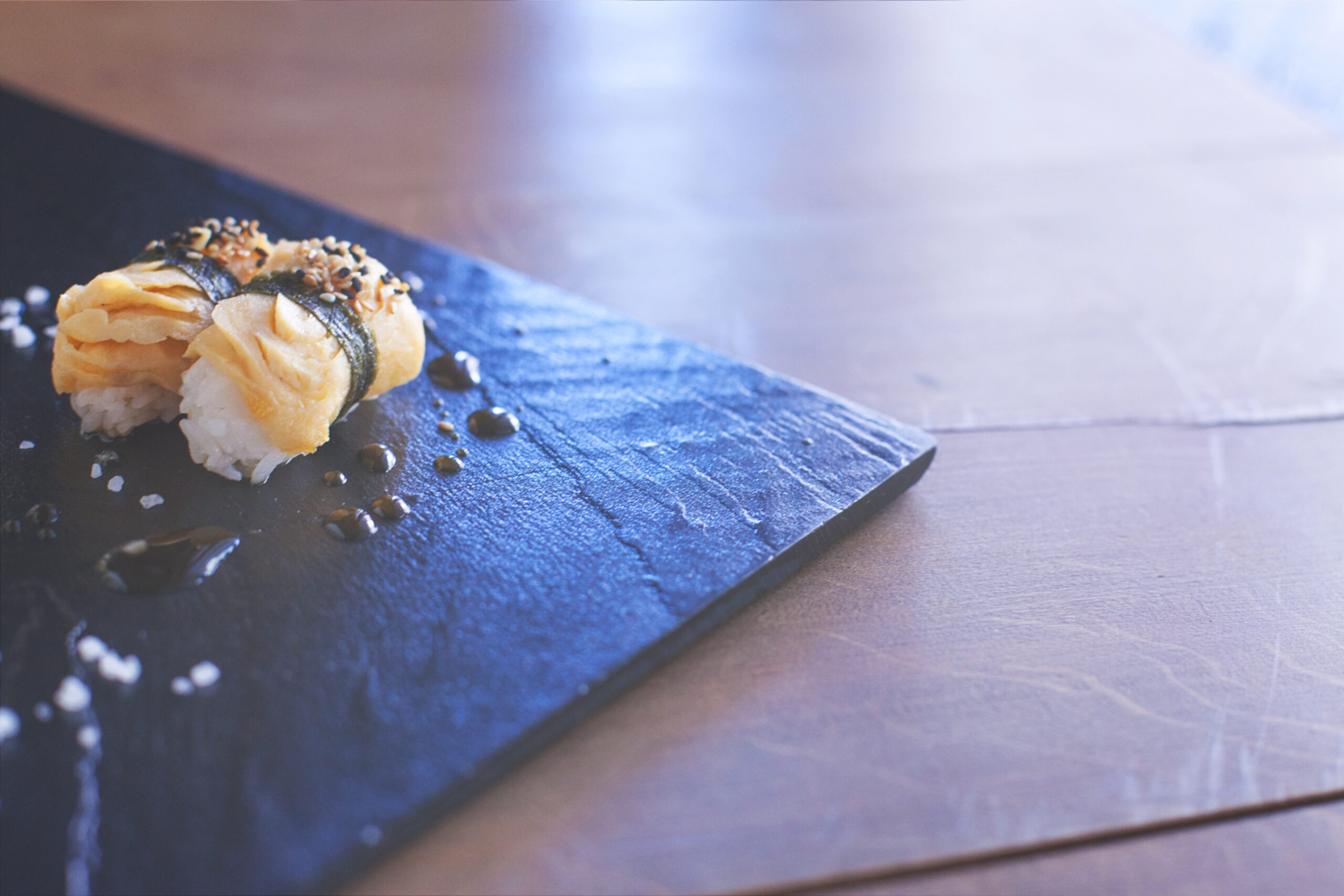 There was a time not too long ago when gents had not only not tried sushi, but they had no interest in trying it.  Time has shifted that opinion so much so that not only have many gents tried sushi,  they want to know more about it.  Here are some basic guidelines for how to eat sushi, according to the tradition of the country it came from: Japan.

Sushi refers to the one-bite fish that is delicately laid upon a bit of rice.  A sushi roll puts the fish and ingredients on the inside of a roll that has rice on the outside.  It is then cut into bite-size pieces.  A hand roll reverses this dynamic by putting all the ingredients inside a cone of seaweed.  Finally, there is sashimi, which is simply cut pieces of fish with no rice accompaniment.

You can imagine that the Japanese have an order to how to eat sushi given how artfully and delicately they make it.  This order is fairly simple.  The beginnings of a sushi meal are with either sashimi or sushi, and you should eat from “light to dark,” that is to say, start with white fish, then move to silver, then red, then something like salmon or salmon roe.  This allows you to enjoy the flavors of the more delicate fish before you work your way up to the stronger ones.  Sushi rolls normally signal the “end” of your order, and you can often “finish” with tamago, which is sushi with a little bit of egg on top.

Sushi can be eaten by hand, without chopsticks, though sashimi should only be eaten with chopsticks.  You should also try to eat the sushi in one bite, as that is what the sushi chef has designed for you.  If you want to dip into soy sauce, make sure you dip the fish, not the rice, into the sauce, and put the piece fish down onto your tongue.  Sushi chefs take a lot of pride in seasoning their rice (it’s part of a long apprenticeship) and putting soy sauce into it means you don’t really care about all that hard work.

Interestingly, the wasabi-in-your-soy-sauce phenomenon is something that has actually made its way back to Japan from the US.  Previously the Japanese would keep the wasabi and soy sauce separate.  This is great proof that the Japanese do love tradition but are open to change.

The pieces of ginger are meant to be eaten in between pieces in order to refresh your palate.  They are not meant to be eaten with the sushi, as that will often drown out the delicate flavors.  Sure, you might argue, “it doesn’t matter, it tastes good.”  But, it could taste even better.  Give it a try.

Sake is not normally taken with sushi (you can take it before the meal if you wish), but it is a traditional way to tip and compliment the chef at the end of your meal.  Send him a glass and toast with him to express your gratitude.

Do you have a favorite type of sushi?  Share with us in the comments below to get 50% off a shave service to give to a friend who hasn’t been to the Gents Place before.