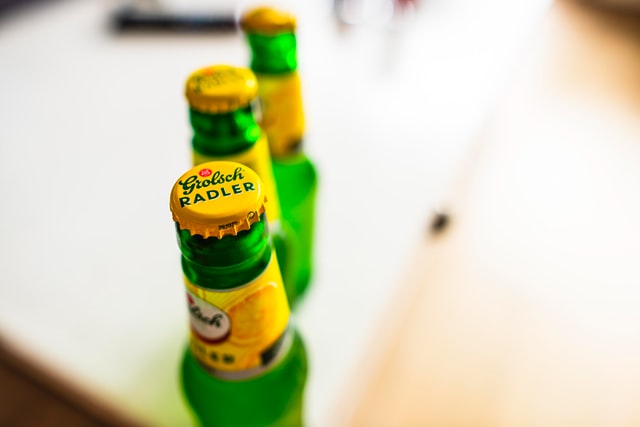 Summer is a great time to enjoy not just seasonal fruits and vegetables but to change up our drink routines a bit.  Whether you’re out and about or simply sitting at home and enjoying the long hours of daylight, a shandy or radler just might be a perfect addition to make your day.

What’s in a Shandy?

You can find a reference to shandy as early as 1853 in a Charles Dickens novel.  It’s referred to as “shandygoff” and a character praises it as “just capital!”  While there is no universally agreed definition for what constitutes a shandy, you can think of it as a “beer cocktail.”  It will usually have a base of beer and have something nonalcoholic blended with it, in whatever ratio you prefer.

While the earliest shandies were blended with ginger beer or ginger ale (if you’re trying to remember the difference between those two, ginger beer is brewed and fermented and has got a stronger ginger kick), today it’s typical to see “shandies” with lemonade, orange juice, or grapefruit juice.

What is a Radler?

While shandy might have some name recognition (it’s originally an English word), radler, the German word for cyclist, might not be as familiar.  But it has a great story.

Franz Kugler, an innkeeper in a small town outside Munich, saw the new cycling craze of the 1920s and decided to take advantage of it.  He made a trail through the woods which ended right at his establishment (how convenient!).  His bet paid off and one fine summer day in 1922 13,000 cyclists showed up at his inn.  There can be such a thing as too much success, and towards the end of the day he began to run out of beer.  Quick on his feet, Franz started to cut the beers with 50% lemon soda.  The cyclists loved it, as they felt more refreshed and soon word got out about a new thirst-quenching “lemon beer” that was served at Kugler’s.  Over time the name “radler” stuck, as a tribute to the original consumers of the drink.

We’ve written before about the booming craft beer movement in America and it’s no surprise that they’ve gotten into both shandies and radlers in a big way.  Here’s a few for you to hunt down at your favorite liquor store:

Do you have any favorite shandies or radlers?  Or do you have a summer drink you’d like us to write about?  Share in the comments below.