Shotgun Basics: What Kind of Action Do You Want? 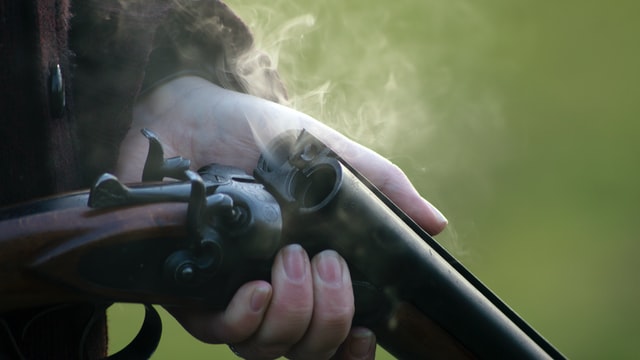 The following is a guest post from Michael Denmon.  Michael is a Dad who is working on being a better man, one project at a time. Catch up with his latest attempts at Dad Level Viking.

Shotgun actions are a lot like popular political beliefs. Everybody has reasons why he thinks his beliefs are correct (and that the alternative beliefs are, at best, misguided).  But your choice of shotgun, as with your political beliefs, should be considered objectively, rather than emotionally.  We will try to do that in this article.

As I thought about the pros and cons of the different types of shotgun actions, I called upon my own experience with three types in particular:  break-overs, pump-action, and semi-automatic.  I considered their most popular purposes (sporting, hunting, and self-defense) and how each action would fare in those circumstances. Using these reflections, you can find the type of action that works for you. Or collect all three!

I started out hunting with the good ol’ single shot break-over 410-gauge shotgun courtesy of my Dad for my 6th birthday. This is the type of shotgun that breaks open like a PEZ dispenser head: the break is just ahead of the forearm on the gun and is for retrieving spent shells and inserting new ones.

A break-over action shotgun is the way to go for young shooters. There is an increased safety in a break-over since, if it is carried in the open position, it can’t fire. If it is carried in the closed position, it still requires the cocking of the hammer to fire. As a single shot gun, it also helps you focus more on accuracy because you will most likely have only one opportunity to shoot at any type of seriously wily game.

There are double barrel break-overs out there that give you two shots quickly, with either side-by-side barrels or over-under barrels.  But if you are like my uncle who hunted with a double barreled 10-gauge…you don’t want to fire more than once unless you really have to.

Pro: Easy to clean and maintain

My next step up was the pump-action shotgun. These shotguns are meant to utilize the simple action of pulling back on the forearm after firing to open the chamber for ejecting a shell hull, then sliding the forearm back forward to put the next shell into the chamber.

My Dad bought me a 16-gauge shotgun for my 10th birthday and I loved that gun. You could carry five shells inside the gun, the pumping action was so smooth it practically actioned itself with the recoil of the gun, and…it made a noise ten-year old me loved.

Many say that just that sound of actioning a shell into the chamber of a shotgun is an effective deterrent for any would-be home invaders: everyone knows that unmistakable sound. The downside to a pump, however, is the pump itself. The pumping action can be an issue if you need to make odd-angled shots. Also, unless the gun is in the upright position, shells can fall out or even fall out of place, creating a jam when actioning the gun.

Pro: Less expensive than a semi-auto

Con: Pumping action is one more movement during firing

The gun I always longed to shoot was my Dad’s Belgian-made 12-gauge Browning semi-automatic shotgun. This gun was a beast: heavy, lots of recoil (which the weight helped with), and a roar that made most sane people cringe.  The morning of my 16th birthday my father let me hunt with this beauty and man was I excited.

I didn’t get to use it that day for anything other than a diabolical torture device for my right shoulder from lugging it around, but I still enjoyed the opportunity to hunt with it, and the firepower it represented.

I witnessed Dad’s use of this shotgun on many occasions and the speed with which he could make five shots was amazing.  Pull the trigger, eject shell hull, chamber next shell, pull trigger, and repeat until five shots were spent.  This was seamless speed that couldn’t be touched by any other action.  Unfortunately, the mechanism that allowed for this feature also meant more moving parts, which can be a reliability problem if you are travelling through swampy hunting grounds.

My opportunities to hunt and use these three types of shotguns bring back great memories.  Each type should be considered in relation to the user and the use case.  For me these experiences were rites of passage that I look forward to sharing with my son.  Find what works best for you, and enjoy getting to know yourself better in the process.

Do you have a preference among these three?  Let us know in the comments below!