Read Like a Gent: The Perfect Storm by Sebastian Junger 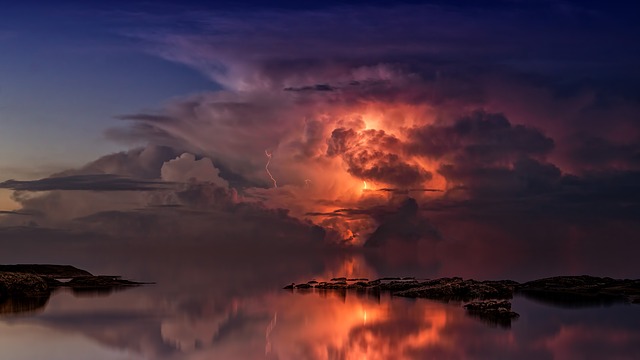 Human disasters from storms at sea are covered so extensively in the news these days that we might forget that not only are storms are a regular part of the weather cycle, but in parts of the US, they are regularly expected. A particular region even has a type of storm named after it: a “nor’easter,” and in his book, The Perfect Storm, Sebastian Junger tells us about how one particularly nasty version of this storm affected the Northeast coast of the US in late 1991.

How Does A Nor’easter happen?

As you can guess, the winds that cause this type of storm come from the Northeast. While they can happen anytime, they occur most frequently (and violently) between September and April. They begin as low pressure areas that are within 100 miles of the shore between Massachusetts and North Carolina. They can develop further as the cold polar air mass runs into the warmer air over the water. They normally bring very heavy rain or snow, and cause coastal flooding, erosion, and sometimes hurricane-force winds.

Why This Storm was “Perfect”

Well, if you understand all the elements above, and add in a hurricane, you have the “perfect storm” that happened between October 28 and November 2, 1991. We are often witness to the total havoc that a hurricane can wreak upon land, but that’s only a fraction of the energy it is generating out at sea. At its peak, a hurricane can generate enough energy to power the entire United States for at least two years. Such an entity, in Hurricane Grace, joined with a nor’easter and understandably destroyed ships, homes, and lives, to the tune of more than $200m and 13 lives.

Why This Book is Worth Reading

The most successful writers are able to engage a reader on almost any subject. Writers who successfully capture disasters inevitably capture the humanity at the heart of violent nature, which is dispensing disaster without prejudice or emotion. In this book, Junger does both. He’s able to give a history of fishing in the Grand Banks region of the United States, how it grew commercially, the technology it used, and how it changed the demographics and fortunes of the Eastern Seaboard of the US (and of all Europe!) all without boring you to death. He also takes us inside the swordboat Andrea Gail, one of the vessels that was lost during that storm, and inside the lives of the men who crewed her. While the last moments of the Andrea Gail can never be definitively known (only small bits of wreckage were ever recovered), Junger draws on the knowledge of other men who have been in similar situations to reconstruct an account for us. The book closes with an in-depth look at rescue attempts (successful and unsuccessful) made by helicopters and rescue divers during that storm, and the aftermath for the town and the families in Gloucester, Massachusetts.

While business and personal development books are always worth delving into, its important to remind ourselves of real life stories of courage and perseverance to give further shape to those strivings to better ourselves. The Perfect Storm is just one of those stories.

278200cookie-checkRead Like a Gent: The Perfect Storm by Sebastian Jungeryes