Read Like a Gent: Never Split the Difference by Chris Voss 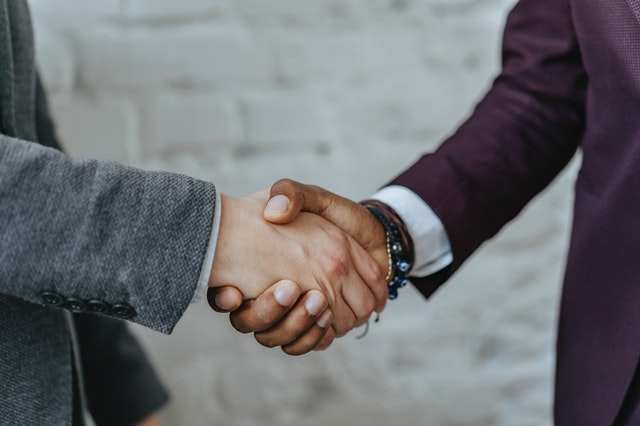 The basics of negotiation that most of us were taught involve concepts like “getting to yes” or “win/win.” But in his book Never Split the Difference: Negotiating As If Your Life Depended On It former FBI negotiator Chris Voss highlights negotiation not as a specialized skill for the boardroom, but something that’s part of your everyday life:  “Everything in life is a negotiation… crossing the street, getting your coffee… you’re probably in 3-7 negotiations every single day.”  As we always try to do in this article series, we’ll share a few key takeaways from a book you’ll want to read yourself to get even more value.

While Voss now runs a renowned consultancy called The Black Swan Group, he got started in negotiations with the FBI in hostage situations.

One of the earliest and most basic techniques taught in hostage negotiations is mirroring. This consists of repeating back words used by your counterparty, but with the tone of a question. For example, “This deal point is really important to us.” The mirrored response could be, “When you say ‘really important,’ what do you mean by that?” or “Really important?” and just let that tone hang.

By repeating their words back to them respectfully and in a tone of inquiry, you allow the counterparty to give you more information. The more information you have, the better position you are in to negotiate.

Voss says that “that’s right” are the best two words you can hear in any negotiation.  Instead of trying to force our thinking and positions on the counterparty until they cry “uncle,” this method begins with empathy and gives you great building blocks towards an eventual deal.

Another technique Chris promotes is something called the “accusation audit.” It’s used to disarm people at the very beginning of a negotiation, by calling out all the possible fears and thoughts that the counterparty might have. In a way, it’s calling attention to the elephant in the room so it can’t be an unspoken threat.

An example Voss gives came from one of his clients who was getting squeezed from above by changing demands from a federal contract and thus had less money to pay out their subcontractors. Voss’ client had a meeting with one of the subcontractors and wanted to pave a way for things to move forward smoothly. She started out the meeting by saying, “I know you might think we are the big contractors squeezing out the little guy.”

By letting the subcontractor know from the outset that she understood their perspective and saying what was unsaid, Voss’ client was able to disarm and explain what the real situation was, which was something beyond their control, and then look forward to a mutually acceptable solution.

There are dozens of other great techniques and insights in the book.  You don’t have to only read or listen to it.  If you prefer video, Chris also has a Masterclass available.  Don’t miss out on his valuable information.

Do you have a negotiation tip you’d like to share?  Let us know in the comments below.

310100cookie-checkRead Like a Gent: Never Split the Difference by Chris Vossyes