Read Like a Gent: Island of the Lost, by Joan Druett 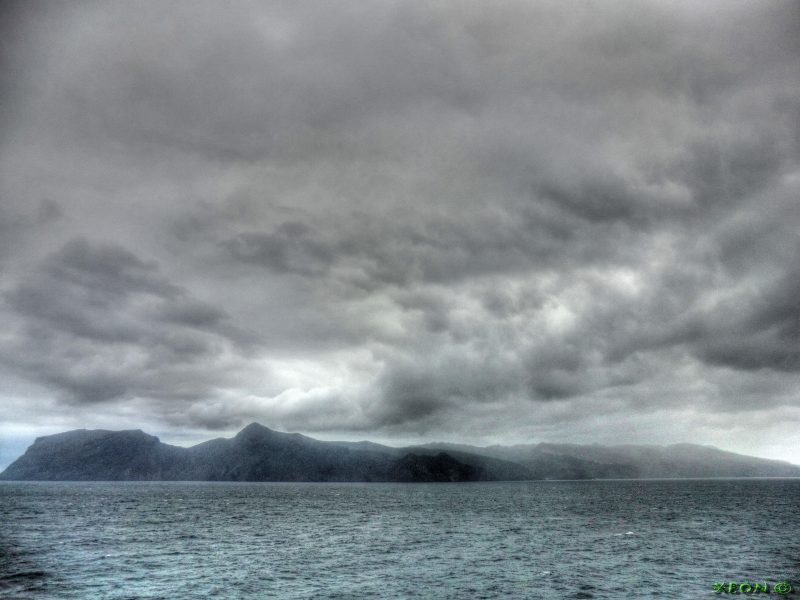 Every young boy occasionally dreams of being shipwrecked and living like Robinson Crusoe: hacking survival out of the wilderness, getting by on wits, hard work, and a bit of luck.  Films like Cast Away take a look at the other side: the bitter loneliness of isolation; a reminder that it is not good for man to be alone.  The magic of the book Island of the Lost: Shipwrecked at the Edge of the World, is that it manages to tell both of those stories across two entirely different shipwrecked parties.  One story focuses on how you survive when you are shipwrecked with almost no hope of rescue.  The other is how you can’t do it alone.  And unlike Robinson Crusoe or Cast Away, Island of the Lost is a true story.

In the middle of the Southern Ocean, almost 300 miles south of New Zealand, you’ll find Auckland Island.  It gets freezing rain and howling winds almost year round.  Colonies were attempted there several times, only to be abandoned.  But none of that probably mattered to Captain Thomas Musgrave and his crew on the Grafton when they were shipwrecked there in 1864.  Some months later, the Invercauld wrecks on the other side of the island, on the other side of an impassable mountain range, but with 19 crew.

The difference between these two stories came down to leadership.  Captain Musgrave preserved order, put his men to work, and joined in it with them.  Against the weather and the hardiness of the terrain, they not only manage to keep themselves fed, but build a cabin and even create a forge to manufacture tools.  The captain of the Invercauld, George Dalgarno, simply fails to act.  Some of the men split off and try to survive.  Some die of starvation, while others resorted to cannibalism.  This time the leadership came from the enlisted side, as the two officers were kept alive by a resourceful veteran seaman.

Only three survivors remained of the 19 that wrecked with the Invercauld, and their signal fire was spotted by a passing Spanish ship.  Captain Dalgarno managed to pass himself off as the real hero to the newspapers of the time, but the true story of the real hero, Robert Holding, comes out in time and was an integral part of the storytelling in this book, as Druett keeps everything chronological as she tells the story of both crews.

Captain Musgrave would not have the fortune of a passing Spanish ship, and instead with his crew builds a new ship from what they could salvage from their own shipwreck.  It’s not big enough for all of them, so three of them go with the pledge to return to rescue the other two.

The rescue of the crew from the Grafton was a sensation.  It led to the government of New Zealand placing particular survival supplies on the island in special strongboxes.  They also released some animals on the island in the hopes they might thrive and provide sustenance to shipwrecked sailors.  The crew of the Grafton had survived mostly on sealion meat during almost their entire stay.

The book is chock full of stories about marine and sea life, but also about how leaders can inspire us to be our best selves in even the very worst environments.  The everyday anecdotes about how the men continued to survive through hardship and setbacks tends to put any “bad day at the office” in its proper place.

Do you have a book you’d like us to review for other Gents? Let us know in the comments below.

284800cookie-checkRead Like a Gent: Island of the Lost, by Joan Druettyes