Read Like a Gent: Delivering Happiness by Tony Hsieh 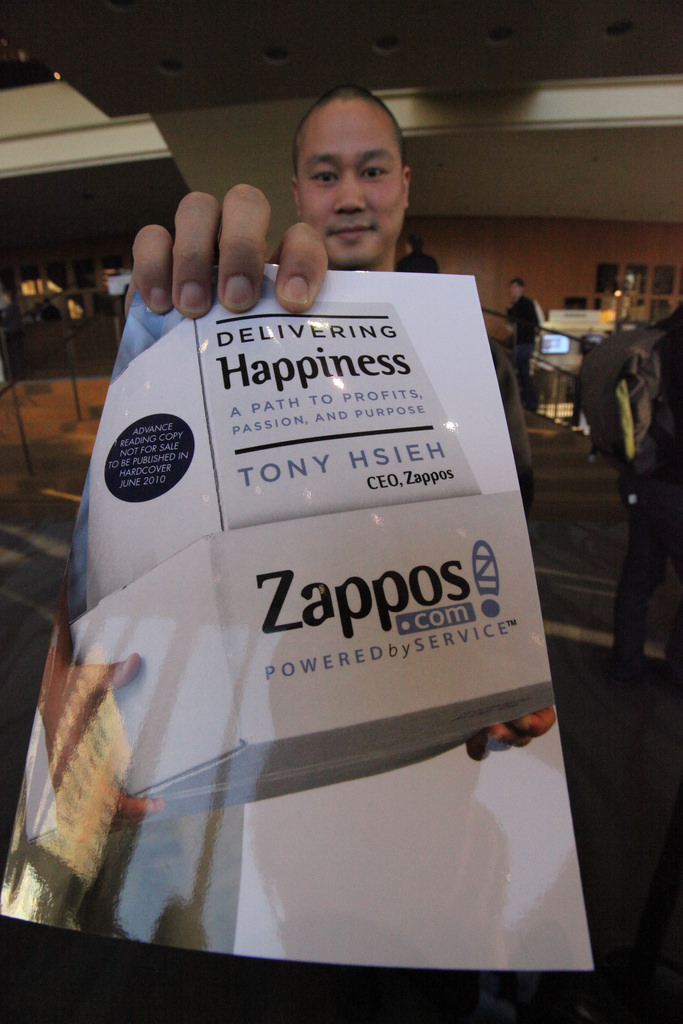 Simple and easy ordering of products online with delivery within days (and even hours) is something we are very much used to these days.  But there was a time when such an idea was a novelty, and that time was when Tony Hsieh first invested in Zappos.  He believed in the concept and the team enough to join as a CEO, and later to invest almost everything he had (from a previous successful sale of a company to Microsoft) to keep it going through a critical time period.  It would take 10 years from that beginning to vindicate his gut feeling about the company, but when that time came, it was in exchange for over a billion dollars of Amazon stock.

Not Satisfied with Success

While Tony is known for Zappos, many don’t realize that he actually made his first fortune with a company called LinkExchange, which sold banner advertising on websites all over the internet.  It was eventually acquired by Microsoft for $265 million, with Tony’s share being just over $30M.  The book is divided into three sections, and the first one, “Profits,” shares stories of all of Tony’s early entrepreneurial adventures, which included making buttons out of photos via mail orders.  After the sale of LinkExchange and the celebration and reflection that went with it (he even took the time to really learn poker), he realized two things: the money wasn’t enough to keep him motivated, and that the motivation for him flowed from passion.

One Investment of Many

Interestingly, Zappos wasn’t Tony’s brainchild.  When he exited LinkExchange he created a venture fund with partners and Zappos was simply one of over a dozen companies that the partners found to be exciting and full of potential.  Their strategy was to build them to a certain level and then hand them off for larger VC funds to manage.  But Zappos was in a strange position – the VC that Tony wanted them to move to didn’t want them…yet.  Tony loved what they were doing and decided to step in with both feet, becoming CEO and eventually pouring his own savings in to keep it going at its lowest point.

The last part of the book, “Profits, Passion, and Purpose,” focus on the rise of Zappos after its toughest period, and how culture led the development of Zappos.  In a certain sense, the company built itself around its values, and this is illustrated through interesting (and hilarious) stories, emails, and examples of how employees dealt with management, how management dealt with vendors, and how eventually Zappos famous customer service got the attention of Jeff Bezos and his team.  Unlike many business books today, it’s not preachy and doesn’t offer you a “system” that is purportedly unique.  It’s a quick read and provides lots of points of reflection that can be implemented in any workplace to great results.

Do you have core values at your workplace (like ours here at The Gents Place) that guide your work?  Share them with us in the comments below to receive a free shine service on your next visit to one of our clubs!