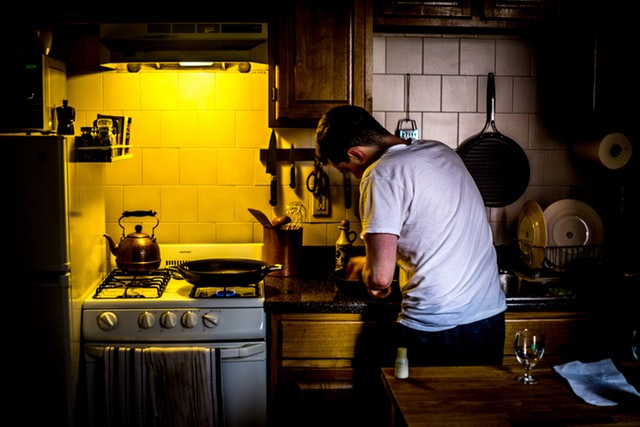 Many of us are staying home a lot more than we are used to these days, and that means a real change in how we do many things, not least of all eating and drinking.  While we have and continue to encourage the support of small businesses during this time (which includes ordering some takeout/delivery when you want to take a break from cooking) some of you have started to clean out your pantries and have been making some interesting dishes.  We have some ideas for you to up your game in the food and beverage department while you’re staying indoors.

Mac and Cheese is a typical American comfort food and just on its own, it’s great.  But it’s versatile enough to do well with all sorts of mix-ins from your pantry, including:

Of course there’s adding ham or bacon into the mix, or changing up the cheese to go with something like a smoked gouda.  Enjoy while using up those canned goods!

Anyone who’s had a lover of meatloaf show them how to make it has heard the advice to always mix in some pork into whatever ground beef you’ve picked out.  If you want to make sure you’re mixing up flavor profiles for those in your house, you can blend in some turkey, lamb, or even bison or venison.  You can also put in shredded carrots, zucchini, and spinach to pair with the old standby of mushrooms.  Think about sauteeing onions before adding them to the mix, bringing a sweeter flavor from that ingredient.

Many businesses have had to pivot quickly and have found creative ways to do so.  Bread Ahead, which is a cooking school in London, has posted the ingredients necessary to make dozens of baked goods so that you can follow along with them when they go live on Instagram each day.  Other cooking schools, like Milk Street, have generously made their entire online catalog free for a limited time.

Massimo Bottura, who is a Michelin-starred chef when not social distancing, has been offering impromptu cooking classes since his daughter started filming his meal preparations on instagram stories.  The series has been called “Kitchen Quarantine” and has been a hit.  On the other end of the spectrum, in a perhaps more relatable vein, Jennifer Garner has been making a “Pretend Cooking Show” on her Instagram Stories.

A bartender in NYC was told by the owners of the restaurant that he worked it that it would likely be closed for at least eight weeks.  He reacted by going home to post on facebook that for $6 sent to his Venmo he would walk people through making a cocktail online via skype, while listening to their problems, just as if they were in a bar together.  He couldn’t have guessed that it would go viral, but it did, with many sending money his way without asking for the class in return.

And if you want to use your quarantine time to skill up in making alcohol, Bombay Sapphire is sponsoring a free 90 day membership to Skillshare, which features classes on brewing beer, though there are also classes on making classic shaken cocktails or even making your own signature drink.  If you don’t want to leave the missus out, share this Hunker link with her which offers some simple but elegant craft tutorials.

Do you have a dish you’ve made or a drink you’ve been enjoying in the past weeks?  Share with us in the comments!