Podcasts for Gents: Order of Man and How I Built This 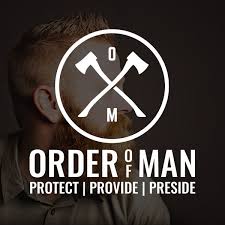 Today we are going to look at two podcasts that focus on building.  All gents can enjoy the pleasure of creating something and watching it grow and flourish, be it some project in a garage or a group you curate or a business you establish.  There is something elemental about building and creation and the two podcasts we are recommending to you today focus on the whys and hows of building.

Inspired by leaders in the manosphere like Brett McKay of Art of Manliness, Ryan Michler started Order of Man in 2015.  A US Army veteran, Michler focuses on action and accountability in his twice weekly podcasts.  He has an interview show, around one hour, which has featured the likes of Jocko Willink, Stephen Mansfield, and Ted Nugent, and on Fridays he has a shorter version, between 5-15 minutes, called his “Field Notes” in which he focuses on a particular topic he wants to cover.

Not content to only serve up podcasts and articles, Michler has also added a global Mastermind group called The Iron Council, and hosts various events throughout the year (there is one in Kansas City in Summer 2017) focused on the themes that run throughout his work: becoming the man you were meant to be in body, mind, and soul, surrounded by a supportive band of brothers.

How I Built This

Gary Vaynerchuk often laments that “it’s too bad it’s cool to be an entrepreneur now.”  He feels that this blinds people to the work necessary to build something significant.  If that tendency is there, its shows like How I Built This that are the antidote.  Hosted by Guy Raz, How I Built This talks to very successful entrepreneurs and asks them to tell their stories.

The roster of founders interviewed so far been staggering, from various unicorns from Silicon Valley, including the creators of Instagram, Airbnb, and Lyft, to the builders of “old fashioned” businesses empires like Richard Branson’s Virgin and Herb Kelleher’s Southwest Airlines, to “sharks” like Mark Cuban and Barbara Corcoran, to the curious and fascinating niche stories, like that of Nolan Bushnell who founded both Atari and Chuck E. Cheese, and managed to pass on buying part of Apple early despite the fact that Steve Jobs had worked for him.  You’ll be sure to be inspired by these stories which may inspire you to start a business, make changes to businesses you already have, or simply marvel at the grit of these men who have built great things.

Need more podcasts?  In our last article in this series we recommended two “Art of” podcasts we know that gents would appreciate.  Read more here.  Have some to suggest to us?  Do so in the comments to receive a free 7-course hair service to share with someone who has never experienced the quality of the brand we’re building at The Gents Place.

223400cookie-checkPodcasts for Gents: Order of Man and How I Built Thisyes