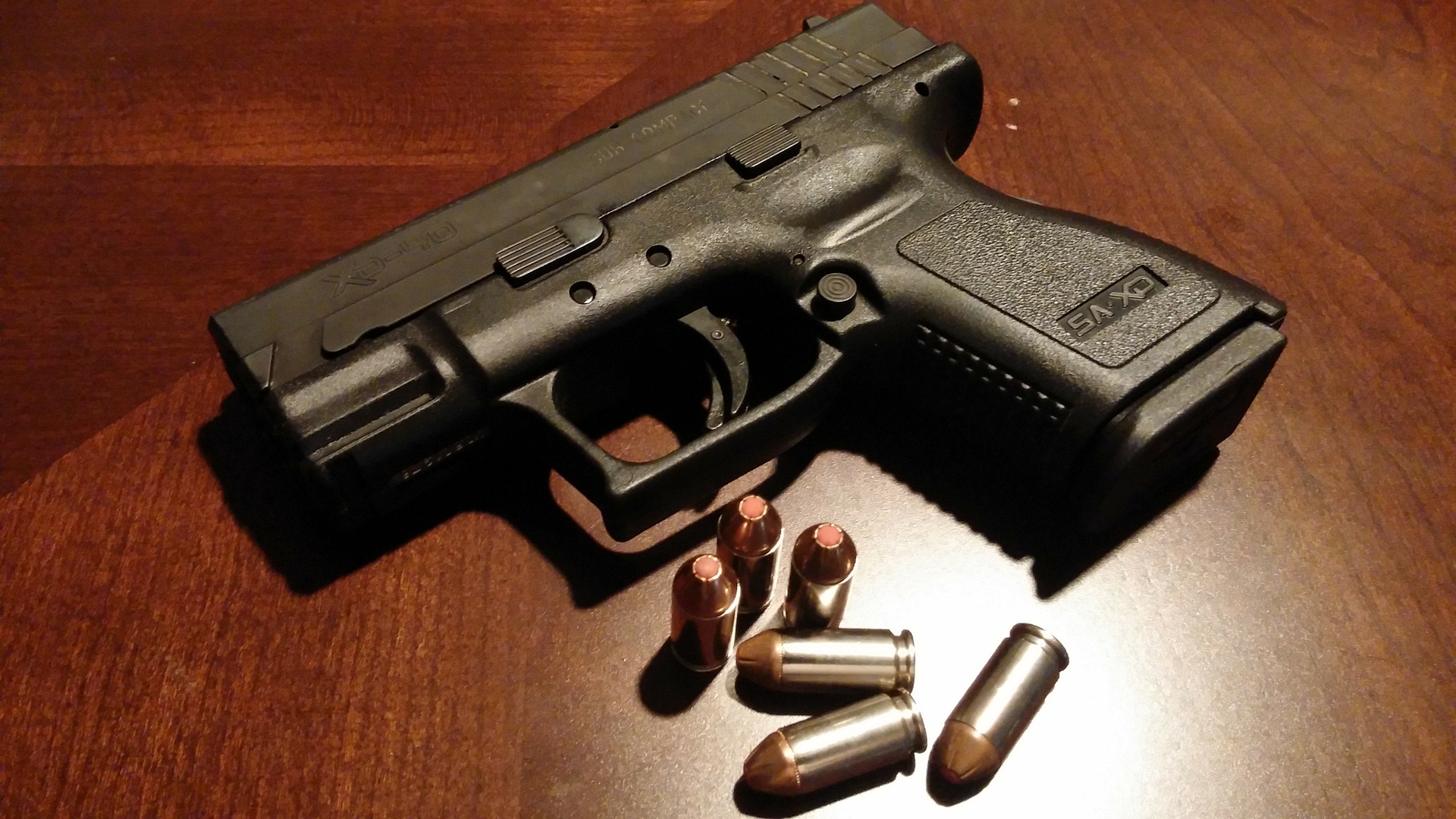 Some time ago we wrote about choosing between a Glock and Sig for an everyday carry, but it makes sense to go one step further back and ask, “Why own a firearm in the first place?”  This week’s article is a guest piece that answers that.

I’ve served in the military for over 16 years; I’ve fired many different kinds of weapons in my day. But until this year, I’ve never owned a personal firearm.

I like shooting and weapons are fascinating, but I am not in love with them. I’ll take a day on the basketball court over a day at the range every time. I can appreciate the precision, the ingenuity, even the destruction that a weapon system can inflict, but firearms don’t exhilarate me.

For me the answer is, simply, risk management. I have one recurring fear in my life, not an overwhelming fear that controls my every decision, but rather a constant and subtle fear that is always in the back of my mind. It is the fear of not being able to protect my family. I am sure some of you can relate. As I’ve gotten older and had kids, I’ve seen how vulnerable they can be, and sometimes I’ve made illogical, rash decisions as a result. Purchasing a firearm was not one of these decisions. This decision was thought out and calculated over several years.

At its most basic, risk management involves multiplying some quantity of rate of incident by some measure of projected impact after controls have been put in place. The likelihood of an incident occurring in which I may need a firearm to protect my family is, admittedly, very slim. I imagine it may not even register on one of those old school calculators that we learned to spell “hello” on by typing 0.1134 and turning it upside down in elementary school.

For several years I have taken steps to further limit the likelihood of ever being in a situation in which my family’s life may be in real danger. Fortunately we had the option to purchase a home in a relatively low crime area, but it has not been without its problems. In fact, as a recession hit some years ago we saw an upswing in various crimes in our neighborhood.

We have a security system installed in our house. Security systems are nice and this one is a monitored system that immediately alerts the appropriate authorities depending on what alarm is signaled. But the reality is that while this may be a deterrent; its real usefulness is reactive. There is no police force that will be able to get to my house to protect my family in time if an intruder intends to do real harm.

My family stays away from potential higher crime areas for the most part, but as we have seen over the past decade, shootings and attacks can happen in any neighborhood, in any establishment. Violence does not discriminate in our society; it has affected all of us in some way. There is no “safe zone,” regardless of what signs may be posted in the area.

But regardless of what the ratio of incident (probability) comes out to be, it’s the other number that haunts me. It is the impact quantifier. This is how we measure the impact of the event, in this case, the impact of my family being attacked and me being powerless to stop it. I can’t seem to calculate this as anything less than infinite. The thought of anything happening to my family is horrible, but the thought of me being present and helpless in unbearable.

The thought of me not being able to perform my most important duty as a husband and father, to protect my family is one that I will not accept. I’ve probably accepted to it too long. No more.

So I bought a firearm. I will be both proficient and efficient in both carrying and its operation. I will be ready if the event should ever come.

This guest post was written by Justin Bailey. He is a husband, a father of three boys, and a US Army veteran. He is working to make society better by helping men become better.  You can connect with him at his website, Code of Character.

What are your reasons for owning a firearm?  Share them in the comments below for a coupon for a free 5-course hair service, to share with a friend who has not yet been to The Gents Place.