My Son’s First Baseball Game (And Why It Matters) 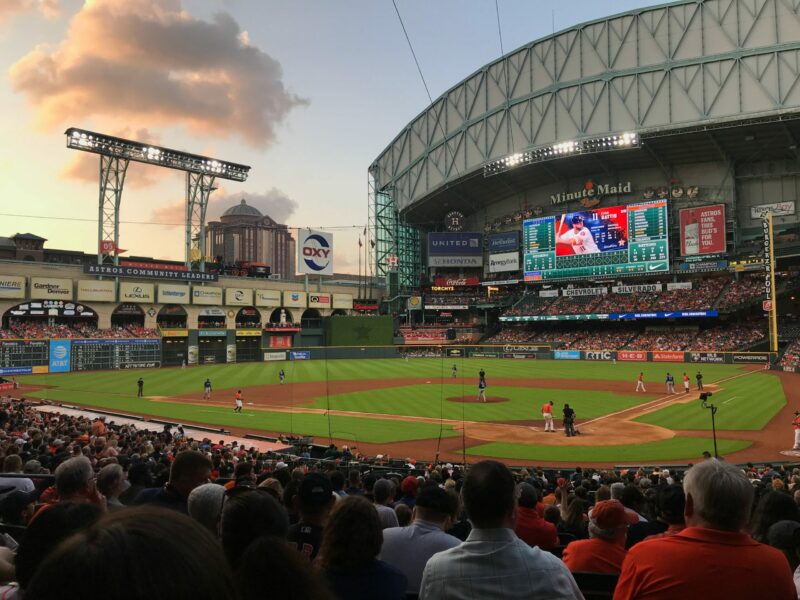 This is a guest post (and photo) from Michael Denmon.  Michael is a Dad who is working on being a better man, one project at a time. Catch up with his latest attempts at Dad Level Viking.

“The other sports are just sports. Baseball is a love.” — Bryant Gumbel

I started playing baseball at the awkward age of three years old. I don’t have many vivid memories from my very early years, but I can remember baseball. I remember hitting, running, throwing, and attempting to catch the baseball. I remember the smell of the grass, the good-natured sportsmanship, rally caps, post-game snow cones, and pick-up games of Cup Ball.

Most importantly, I remember my dad laughing and being excited to watch me play. He worked a lot, so I know he wanted to be there at my games. Making the effort to show up in a young kid’s life is important. Even then, however, I knew that his ability to be there wasn’t just about me. It was about the magic of baseball and everything that came along with it.

That is why I took my four-year-old son to Houston, Texas on a Saturday afternoon to watch his first Major League Baseball game.

Baseball is no longer the beloved American pastime that it once was. Although it has been around since 1839, in today’s rapidly changing times, thanks to our digitized and fast-paced lives, it is harder and harder for people of all ages to pay attention for long periods of time. Baseball is not immune to these challenges. Neither is fatherhood.

Baseball is slow. The game can be tedious. Those are the things that make baseball so great, though. The game is a long sweeping arc of purpose and grit and focus, interspersed with moments of elation and heartbreak. Wins and losses add up. Success is enjoyed. Failure is used to rebuild.

Can a better analogy for life be dreamed up?

I grew up with a love of the game, and as other fathers can attest, we would all like our kids to care about something that we are also passionate about. The similarity between baseball and raising a child is not hard to see. In both instances, one must be committed to doing things right over a very long season if one hopes to be rewarded with a trip to the postseason.

As my son and I made our way from our overpriced parking lots to the entrance of the stadium in downtown Houston, we took in all the sights and smells. We took obligatory smiling photos in front of the stadium’s facade. We waited in line. We weaved in and out of the crowd to make our way from one souvenir stand or snack provider to another.

Then, there was a clearing in the crowd. I nudged my son forward to the precipice of the cavernous void in the center of the stadium. My son stared out into the open expanse of Minute Maid Park, and he saw the pristine green field. The stands amassed with fans dressed in orange and dark blue. The white of the chalk lines. The yellow of the foul poles. My son took in all these sights, and he smiled from ear to ear, causing my heart to sing!

Standing there in that spot, we watched the activity below us for at least five minutes. We took off our hats and sang the National Anthem and both clapped and cheered upon its completion. I purchased a program for me and picked up some fan swag for him to have as keepsakes of this monumental day in each of our lives, and as a father and son.

We took our seats and I started pointing out all the cool things about the stadium, explaining little nuanced traditions that a baseball fan buys into and is helpless to not participate in. We both booed the opposing team’s pitcher when he tried to pick-off a base runner. We joined along in the crowd-pleasing wave. We cheered strikeouts and a homerun and yelled for the attention of the Astros mascot, Orbit, and the AAA team’s mascot, Orion (lovingly referred to as “Space Dog” by my young son). We ate Cracker Jacks and yelled charge and danced to the good songs. We watched nine innings of baseball that resulted in a win for the home team.

As important as it is to show up in the life of a young child, it is equally important to show them that we can relate to them. That we too can be kids when it comes to things we love. Things like baseball. To gain the trust of a child, they must be able to relate with you in some way or form. To help mold them into people who is self-assured and values the ability to put in the work to become great at anything, they need to know that you respect that ability too.

Nothing teaches the art of grit and hard work more than the game of baseball. In a league filled with the very best players in the world, the great ones routinely fail seven out of ten at bats. The ability for them to keep going and putting in the work is what makes them greater. Many might argue that baseball has its pitfalls of bad role models and win at all costs players and managers and owners, which cannot be denied, but to them I remind them of the poem by Richard Barter, especially the last two lines:

Dads and sons are far from perfect. As a father, I try to be the best man I can be for my son. I don’t always get it right, but as in baseball, when you swing and miss you have to keep swinging. Baseball is full of lessons like that, if only we could focus long enough to see it for what it is: a diamond worth loving and emulating.