Latest Style Trends for the Gent 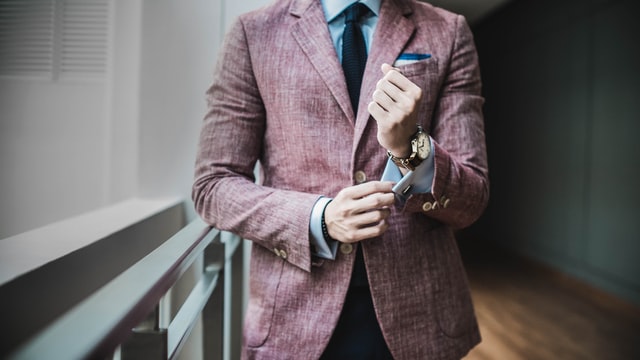 In previous articles in this series, we’ve covered beards, bow ties, and pocket squares. Now, with a new year upon us, the fashion world has been following new trends, despite having spent most of last year out of action. Let’s get you updated!

Denim has dominated for so long that it was inevitable that there would be some pushback, and that has come in chinos.  These aren’t the boring old chinos you grew up with: designers are putting out more tailored fits and more color options to give you more range with your wardrobe without having to put in too much work.

Mizzen + Main, a brand we love at The Gents Place, has some “performance chinos” that merit a look.  These pants come in that tailored fit we mentioned, have two-way stretch, and feature breathable, lightweight, moisture-wicking fabric to keep you cool and comfortable.

For a more straightforward pair of chinos, you can rely on some traditional Dickies work pants, which are wrinkle and stain resistant.  They also come in different inseam lengths, again playing on the more tailored look we are seeing these days.

You may have remembered some years ago a company named Bombas that pitched on Shark Tank.  The shark that eventually ended up investing in them, Daymond John, was initially skeptical because he had an entire warehouse of socks that he had failed to sell from his own clothing brand.  But Bombas was focused on online-only sales (and John steered them away from retail) and had a philanthropic mission: a one for one donation program.  Every pair of socks purchased led to a donation to a local homeless shelter, which is a cause that we at The Gents Place are passionate about.

Bombas led the trend that is now mainstream: not-boring socks that happen to be engineered for comfort and performance.  Another excellent fun sock brand that we have carried at our clubs before is Soxy.

We’ve written before about the powerful nautical influence on coat design.  It seems that trend is continuing beyond coats and into tops and beanies.  You can pick up a breton shirt (sometimes called a mariniere) at Saint James or the Breton Shirt Company.  Add a beanie from any of the many designs and colors available on Amazon and you’ve got the “shipster” look.

Pullovers are great to use for layering during the colder months.  Unsurprisingly, Mizzen + Main has a collection called the Fairway Pullover that comes in a good run of colors.  They feature a super soft outer layer with more room in the body for breathable comfort.

Rugby shirts continue to be popular with designers and are a good casual wear alternative.  Solid players in this category are Tommy Hilfiger and Front Row.

Shearling made an appearance in a recent article we wrote about winter boots but they are again leading the way for coats and jackets for the cold weather season.  As with the nautical look, this is another workwear-inspired trend, but one with a great history.  You can see great shearling jackets as part of the standard issue for real-life WW2 bomber pilots and on fictional “cool” characters like Marlon Brando in On the Waterfront or Ryan Gosling in Blade Runner 2049.

That wide, fluffy collar is usually going to get your attention first, but those who wear shearling jackets will tell you how incredibly warm they are.  Before there were heated flying suits, bombing pilots stayed warm (and alive) in these.  If you want that iconic look you can find it with Ralph Lauren.  For a more modern (and less expensive) look you can rely on DKNY or Levi’s, which use faux sherpa.

There are plenty of other style trends that we’ve observed.  What are some that you’ve seen, for better or worse?  Share in the comments below.