How a Son Remembers His Father 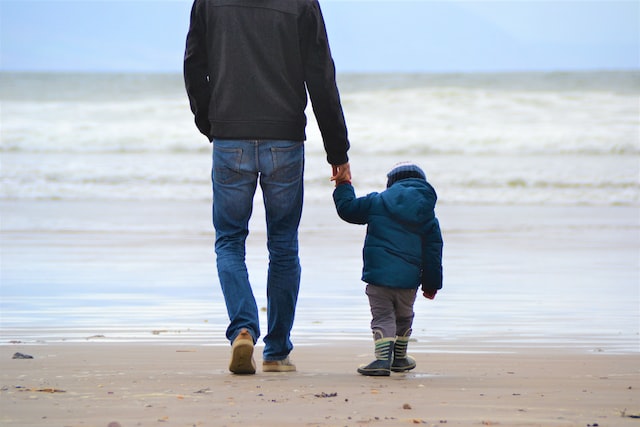 This is a guest post from David Ford, who last wrote for us on As a Man Thinketh.

Someone somewhere once said, “a dad is a son’s first hero and a daughter’s first love.” I can’t speak for my sister, but for me, my dad wasn’t just a hero. He went beyond that. He didn’t possess the seven main characteristics of the classical hero. He wasn’t born of noble birth or elevated status. His family were sharecroppers from North Carolina and Alabama that traveled to Missouri during the Dust Bowl years to find work. His father, my grandfather, played ball for the St. Louis Browns and wanted to be a farmer but was so bad at farming that he went into construction and became a Master Mason and bricklayer. My dad wanted nothing to do with construction.

He wasn’t an accomplished traveler unless you count his three tours in Vietnam or the year he spent in Japan with the Marine Corps. Dad graduated high school with a full-ride scholarship to play ball at Missouri.  He gave all that up when he enlisted. The story goes that Grandpa Ford asked Dad why he enlisted, and Dad told him because he wanted some control over his life, and his decision to join the Corps was just that. His decision. Dad was certain that he would get drafted, being a poor farm boy from rural Missouri. This way, he could at least choose the branch of service he would be in instead of being told which branch because of the draft.

Classical heroes have superhuman capabilities. Dad was just a man that made mistakes and tried to undo those mistakes the best he knew how. I don’t think Dad ever told me he loved me. But he did write it in a letter once. It was something I didn’t have to be told. I knew he loved me.

I knew because of the time we would spend together at the drive-in theater on Friday nights watching cheesy old horror movies. I knew because of the practical jokes and light hazing Dad pulled on me. I knew when we would sit in the johnboat on Slocum Creek fishing in silence until three or four in the morning. I knew in the way he apologized when he thought maybe he was too stern with me.

He would spend hours in the workshop making me things. I didn’t have a go-cart like Mark Vanpool; no, I had a Dad-made Model-T pickup made out of scrap wood with an old lawn mower engine and a block for a brake. I had an F-Troop style fort in the backyard I could camp in during the summer months and a tank made out of the drum of an old dryer and plywood.

He wasn’t a cultural legend. My dad was most comfortable when it was just him and me. He was the quiet dad that put his head down and did whatever was necessary for his family. In rural North Carolina in the 1970s, it was called putting food on the table. Today, we might it poaching.  Sometimes it was a squirrel and whatever else, but mostly it was fish. While not a cultural legend, he was an unmatched warrior.

We were driving back from Morehead City one night after an abysmal night of pier fishing when he decided to pick up a hitchhiker. The night was cold, and it was raining, so Dad must have felt sorry for the man.  A few minutes down the road, the hitchhiker pulled a gun on Dad and wanted his money and the keys.  Who knew you could get carjacked in rural North Carolina in the 1970s?  My dad calmly told me to get down and asked the guy if he was sure this was what he wanted.

Before the guy could answer Dad slammed on the brakes and whipped the Scout around in the middle of Hwy 71. Before getting out of the Scout, he grabbed the man by the head and slammed him into the dash about a dozen times. He then calmly got out and walked around to the passenger’s side, and pulled the man out. Dad took the gun and left the man on the side of the road. The next day dad pawned the gun and bought groceries with the money. The dent dad put in the dash from the guy’s head was still there when I sold the Scout a few years ago.

My dad did battle superhuman foes; some of those battles he won like when he fought the government of the United States for his rights as a Vietnam Veteran, then dedicated himself to helping other veterans get their benefits. After work on Wednesday nights he would spend the evening leading a Vietnam Veterans group therapy session at the Outreach Center on Jefferson Boulevard. Other battles he lost, like the ghosts that haunted him up to his death from his three tours in Vietnam.

My dad wasn’t perfect, but he was perfect for me.