A Gent’s Guide to Dress Shoes 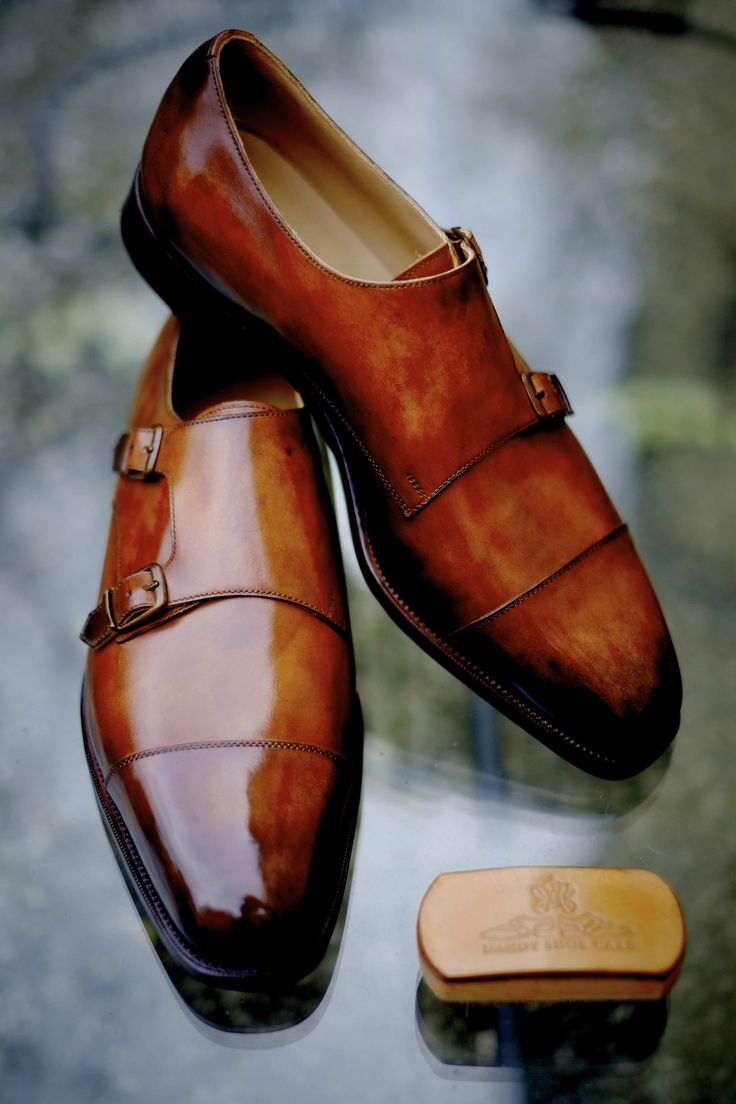 All discerning gents at some point start to pay more attention to their footwear, and start to put together an ensemble of choices to match occasion and attire.  However, sometimes we simply aren’t aware of the choices out there.  Today we want to go over basics that belong in your closet and a couple wildcards that will help you stand out when you want to.

These were likely our first dress shoes – and perhaps our only ones!  Classic, well-known, and well-matched for the 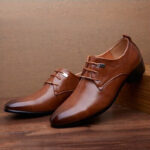 office or special occasions.  These always have laces and while they are “standard” in black, they do well in a whole range of colors.

The Brogue (sometimes also known as The Wingtip)

The term “brogue” in terms of men’s footwear is related to an old Irish word, “brog,” which just means shoe.  Today it refers to the decoration on the shoe rather than the type of shoe, and the decorations are specifically the puncture 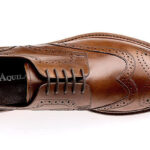 d and stitched patterns.  Today these are decorative, but originally they were functional: the punctures would allow water to drain out of the shoes – which was particularly useful in the Scottish highlands, where they were first developed.  A brogue shoe is known as a wingtip if and only if it forms that distinctive “W” shape in the center of the front of the shoe.

Brogues are “standard” in shades of brown and always come laced.  They are historically a leisure shoe, but are a good transition shoe between something blatantly formal, like an Oxford, and something unabashedly casual, like a Loafer.  They look great with jeans or slacks.

Just as with brogues, Chelsea Boots come from a lineage of practicality: the elastic allowed horseback riders to easily 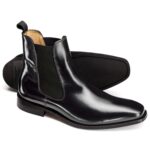 slip in and out of their boots, without a whole lot of fussing about with laces.  They became “Chelsea” boots only after 1960s London, when that particular part of London made that style “cool.”

If you really want your laces, there is a variant of this called “chukkas.”  They come in all colors and leather types, but they are particularly great in suede.  Because of their cut and look they can very easily be used for either formal or casual occasions.

Loafers are a great summer shoe and typically shouldn’t be worn with socks.  They are well-known and perhaps are 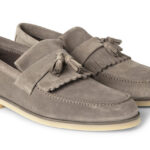 least necessary to describe and explain.  Still, all gents should own at least one pair of loafers, if only for summer.

Now, you may have heard the term “penny loafer” before and there’s some interesting history behind that.  The slots in the strap provided room for people to slip coins – specifically dimes – which were enough to make a phone call many moons ago in case you needed some spare change.  Then in the 1960s people started to stick pennies in as a bit of a retro fashion statement.  The fad went away, but the name stuck.

When laces are featured on these types of shoes, they are often not functional.  There are casual shoes and are never to be used for formal occasions.  The type of leather used often is treated to take water more frequently and easily. 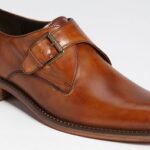 d image for this article features a two-strap version of this shoe.  The image next to this description is a single strap.  Clearly the cut and style indicate that this is a formal shoe, but it’s also a way for you to make a statement.  You aren’t the type of gent to just buy the first shoe you see and like.  You took the time to pick something unusual and different for yourself.

It’s much like the Chelsea Boot in its versatility for occasions.

It’s a bit cheesy to say, but this type of shoe really is a “cut above.”  They are elegant, minimalist, and clean.  They scream style.  You make them using a single – and usually flawless – piece of skin.  It requires a great deal of skill and experience to craft these a

nd you will see that reflected in the price you pay.  These are a step up from your standard Oxford and are excellent for formal occasions, but also for a dressier night out too.

Did we miss a favorite style of yours?  Mention it, or a particularly favorite brand you’ve come to love.  All commenters will receive a coupon for a “buy one, get one” shoe shine at any of our retail locations.