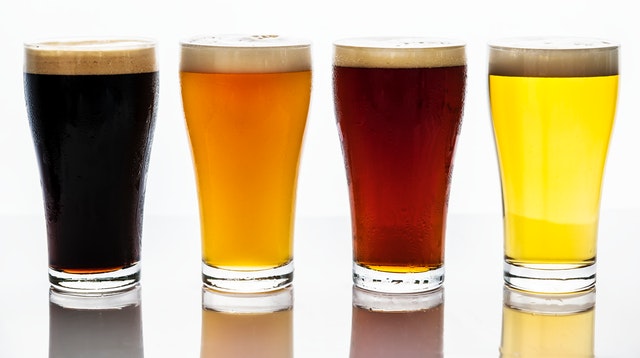 It’s the midst of barbecue season, and it’s a perfect time to try one of the tens of thousands (yes, that’s right) of American craft brewed beers. You might have a reliable brew that you enjoy drinking (or previously checked out a few lesser knowns we recommended), but you might be missing a chance to find a new favorite, and in this article we’ll give you four candidates which have become legendary in America and are worth trying.

After Prohibition, the number of breweries declined in America until 1978, when there were only 100 in the entire nation. That’s why it’s hard to believe that in 2019 there are more than 7500 breweries dedicated just to making craft beer, producing almost 30M barrels with the help of 150,000 employees. Craft beer now accounts for more than 13% of the US domestic market alone and the big players have long been paying attention (and acquiring the most established brands).

In 1965 Fritz Maytag bought a majority stake in Anchor brewing, which had been around since 1896 and was about to enter bankruptcy. He created an amber-colored blend of pale and caramel malts as the flagship beer and named it “Steam” after the historic name for beer that was brewed on the West Coast in primitive conditions and without ice. The foggy night air in San Francisco substituted for that ice and as it cooled the fermenting beer, steam was created.

In the 1990s, long before they were acquired by Anheuser Busch, Goose Island entered a stout which had been aged in a bourbon barrel into a competition. The beer was disqualified as being “too strong” and with too many “notes of bourbon” but the feedback inspired master brewer Greg Hall to try, try again, and the rest is history. Bourbon barrels to age beer are now scarce due to many other brewers trying their own variations.

This has been the flagship of Sierra Nevada for almost 40 years. It’s made with Cascade hops (which were new at the time they started) and two-row malt (for the uninitiated, “two-row” refers to there being two rows of seeds along the flowering head of barley). It’s been hailed for its consistency and has been the standard for the American IPA, which normally has a lower alcoholic content than standard IPAs.

For the “hop heads” who can’t get enough of that bitter flower, the Pliny the Elder double IPA from Russian River delivers the fragrant citrus, pine, and yes, bitter notes you are looking for. The name is one of the more interesting in the craft brew world: Pliny the Elder lived in the first century and wrote about hops. The Russian River folks found that this was one of the oldest references to this ingredient and was a fitting way to commemorate a writer who was, unfortunately, killed in the 79 AD eruption of Mt Vesuvius.

Do you have a beer (or two) that you would like to add to this list? Do so in the comments below to receive 25% off a hand or foot service on your next visit to one of our clubs.