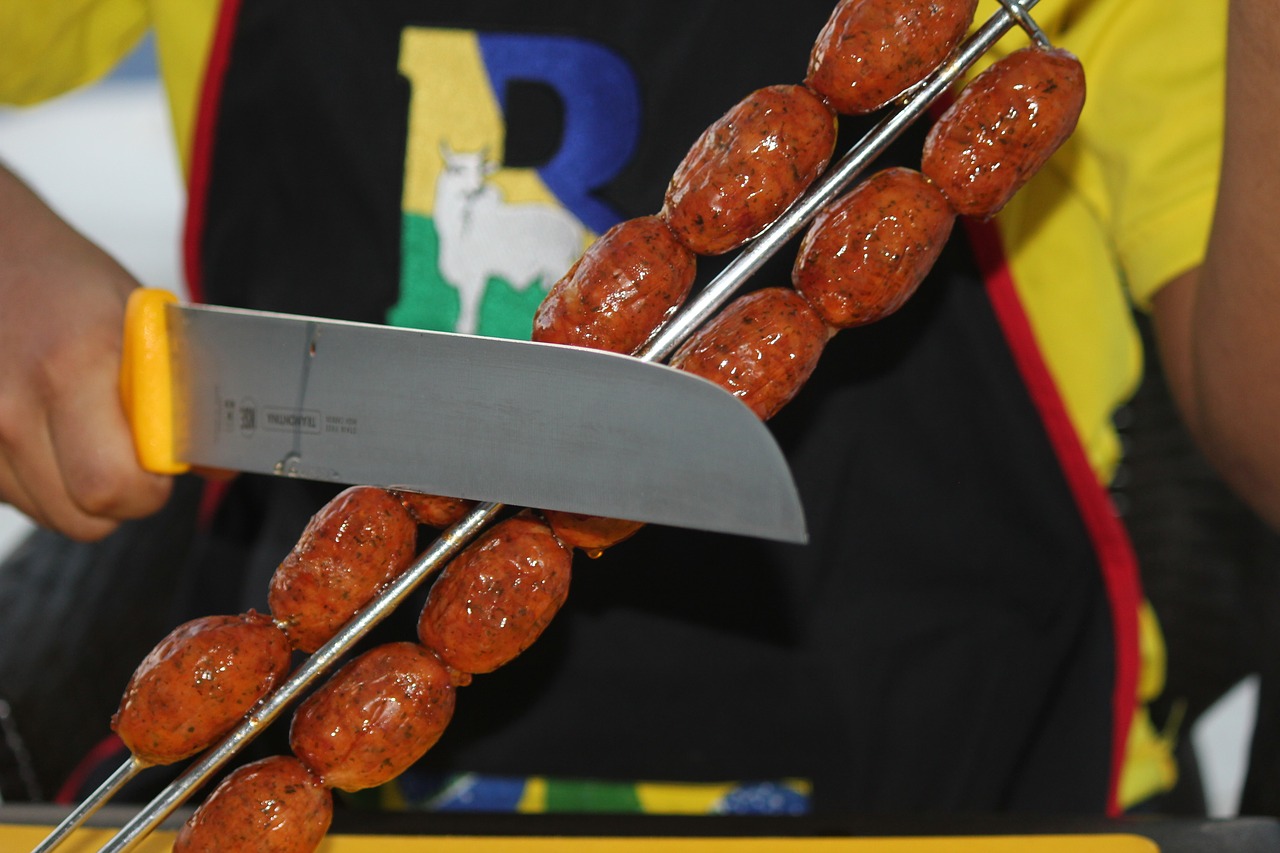 Texans are a proud bunch.  Understandably so.  Texas is the only country that willingly joined the United States, has a separate license plate just for its trucks, and has barbecue that is known around the world.  Which makes the act of introducing another type of barbecue, from a different continent entirely, pretty brave, though many may have called it other names when it first came on the scene in the mid 1990s.  But if you need proof of its success, you only need to look to the sale earlier this year of one of the most successful chains, Fogo de Chao, for over half a billion dollars.  How did that happen?

What is Brazilian BBQ?

Brazilians, like Americans, don’t only have one style of barbecue, but what Americans have come to know as “Brazilian BBQ” is known in Brazil as “rodizio” style dining.  Many restaurants in Brazil claim to have invented it, which is a way of serving grilled meat in which diners paid a set price and waitstaff would walk around with various varieties of meat cooked on skewers which they could cut out in portions for you.  While no one is sure, it’s said that a waiter at a restaurant accidentally delivered a meat skewer to the wrong table, but let the guest cut off a small piece of the meat anyway, and hence a new style of dining was born.

Rodizio is only one segment of “churrasco” culture in Brazil, which first started in the 16th and 17th centuries as Brazil began to develop under Portuguese rule.  The gauchos, in the course of their cattle ranching, helped spread it all around the country.  The traditional formula for Brazilian-style BBQ  is minimalist: coat the meat in coarse salt, let it sit for 30 minutes, then place it over the fire.  Sometimes a salt-water baste could be used to keep meats moist during cooking.  This was in contrast to poultry and lamb, which is almost always overnight-marinaded before cooking.

All the meats are placed on long skewers which are set on racks over fire.  The fattier items are placed on top so that the juices will drip down and help flavor the leaner cuts.

Over the last 20 years the previously non-existent Brazilian BBQ category has taken off.  The very first chain to open in the US was Rodizio Grill, in 1995, but now there are Tucanos and Texas de Brazil, which like Fogo de Chao, is also based in Dallas (What can we say?  It’s a great town for business!).  Between just these chains there are over 100 locations in the US, to say nothing of the many independents in this category.

Already accustomed to the buffet concept, Americans really enjoyed the possibility of trying lots of different meats instead of committing to one specific cut, as is normal in a steakhouse experience.  As they understood more about the history of the concept, especially that its first evangelists were cowboys, it became easier to just see it as another type of barbecue to be appreciated.  It makes us grateful to those brave Brazilians who, in the tradition of those gauchos, took a risk and brought a small part of their culture all the “way up north” where it could also be appreciated, in abundance.

Do you have a favorite Brazilian steakhouse?  Share with us in the comments below to get a free shoe shine the next time you visit one of our clubs.