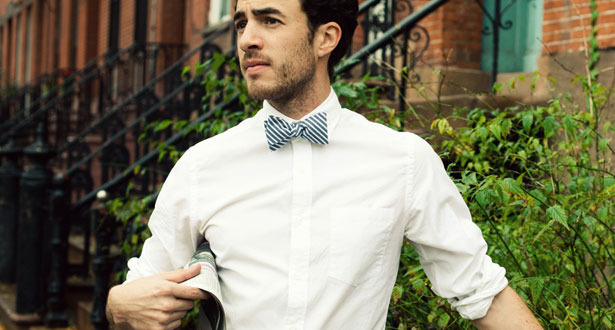 There’s no doubt about it – bow ties and mustaches are trending big time. These two fashion risks require a man to have the utmost confidence because a bow tie and a mustache are sure to draw plenty of comments, as well as compliments.

Neil Borin, owner of Carrot & Gibbs, a bow tie and cummerbund seller say in the Denver Post, “There’s no question that bow ties are undergoing a bit of a renaissance. Things have been so casual for so long now that there’s a percentage of guys out there who are tired of it and want to dress a little differently. It’s about wanting to dres 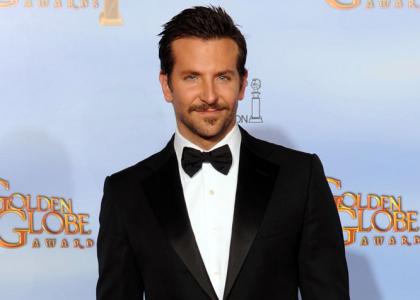 He adds that wearing a bow tie “gives a guy the opportunity to dress outside the box, and add some fun and interest” to his wardrobe.

According to the Post article, here are some Dos and Donts of wearing a bow tie.

Unless you’re younger than 5, never, ever wear a clip-on or pre-tied bow tie. Learn to tie one, and practice until you get it right. Salespeople at menswear stores can help.

Learn the different types of bow ties, and try some on to see which size looks best on your body. Dick Pattison of Taylor Richards & Conger in Charlotte warns against ties that are too large or cartoonish-looking. The hipper styles are the slimmer ones.

Read the full story on bow ties here: Hot under the collar: the bow tie makes a comeback – The Denver Post

However, there are currently signs that the mustache is making quite a comeback. The likes of Brad Pitt in Inglourious Basterds and more recently Bradley Cooper have been seen spotting the ‘stache. Despite these prime examples of mustaches in all their glory, popular opinion on mustaches is still shaky. As with the bow tie, the trick to wearing the mustache is confidence.

While the mustache can be worn with the utmost air of a gentleman, finding the right mustache, styling and outfit to complete it takes effort. When done right the mustache and the bow tie bring an originality and flair of confident style that set you apart from the crowd.