Before There Were Coffee Pods… 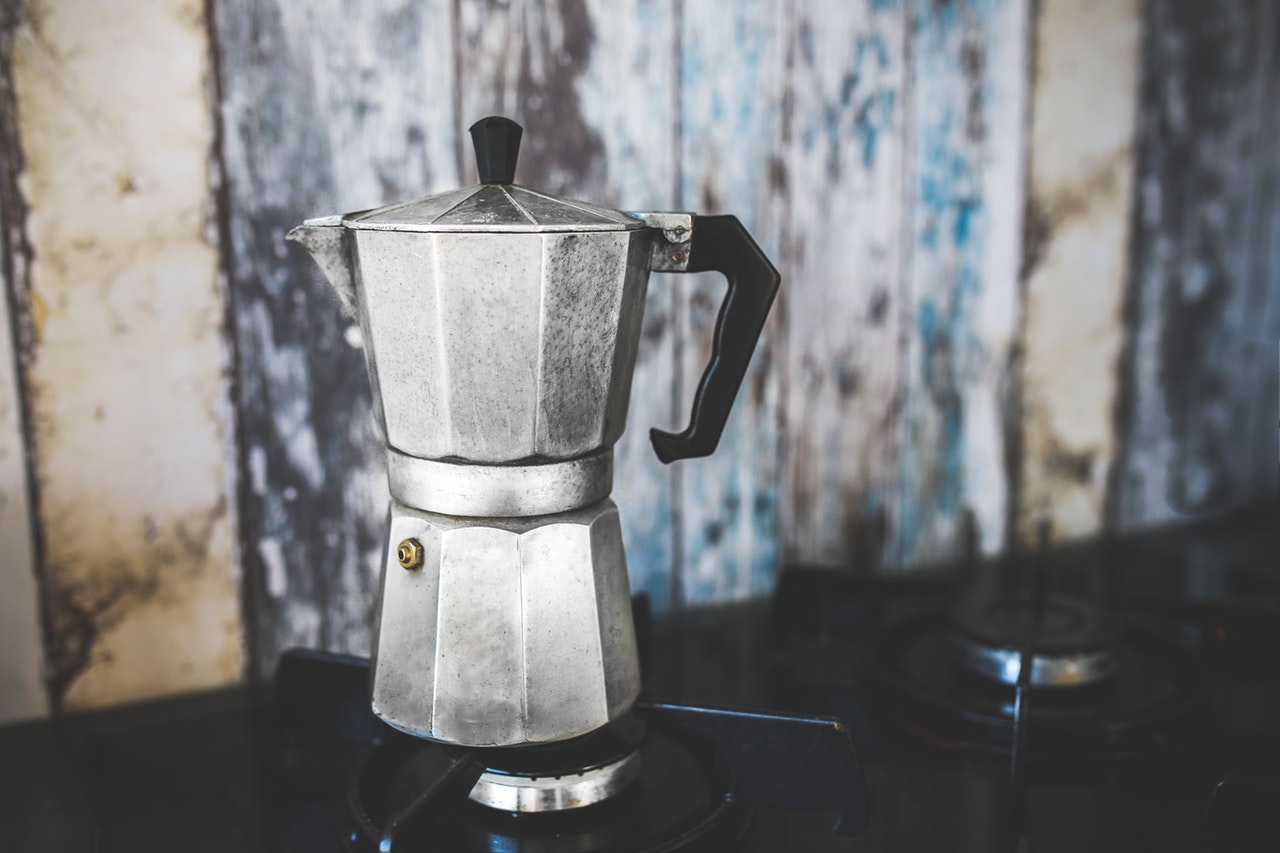 Coffee pods are everywhere these days.  Here in the US Keurig has dominant market share, whereas in Europe and Asia, Nespresso, with its raft of celebrity advertising, has captured most of the market.  Just as we may have never envisioned paying $5 for a cup of coffee years ago, we certainly didn’t expect to take a little pod, put it in a machine, press a button, and get our own personalized, fresh-brewed cup within moments.  Except, devotees of the famous Bialetti moka machine have had something pretty close, since the 1930s.

In 1933 Alfonso Bialetti patented an aluminum eight-sided stovetop coffee maker called the moka.  It’s small and simple, and takes the steam of boiling water, which is in the bottom compartment and heated by a stovetop, through a small container of ground coffee which has been spooned into it, and into the top receptacle, which could then be poured out for your drinking pleasure.  Italy in this time period was in a fair amount of trouble: banks were failing and unemployment was high.  People were cutting out “luxuries” like a trip to the coffee shop and a beautifully designed machine you could use in your own house caught on like wildfire.

Since then over 100 million of these have sold, just from Bialetti’s company, to say nothing of the numerous worldwide knockoffs.  In fact, Italians have grown so attached to them that to this day many pack them (they aren’t large) when traveling.

Starbucks recently opened an enormous location in Milan, as an homage to the city that originally inspired Howard Schultz to quit his job and get into the coffee business.  But while coffee shops continue to proliferate, in many countries ground coffee sales are down, whereas (outside of the US) capsule/pod sales are in double digit growth mode.  People have become so accustomed to ordering a coffee of their own preference that it makes complete sense to duplicate the experience at home by choosing a pod of their preference, putting it into a machine, and getting a personal cup moments later.

With numbers and trends like that, it’s unsurprising that Bialetti filed for bankruptcy protection this month, with millions of unpaid euros in salaries and tax contributions.  An American hedge fund is considering helping to restructure the company so that it can continue to offer what, like the rotary phone, is an “old-fashioned” way to make coffee.

And yet, in the era of commoditized everything, where you can get clothes delivered to you in a box and check into hotels without ever talking to anyone, it’s clear that a reaction is happening.  Not only are there many passionate coffee roasters and grinders out there, but an entire market segment is embracing friction: instead of expecting and desiring convenience and faceless automation in everything, these people want to enjoy the journey and take extra moments to prepare something or reflect.  It’s certainly something we strive to do in every service here at The Gents Place, a place where the service is still (and always will be) handmade.

Do you have a favorite way to make coffee – either at home or on the road?  Let us know in the comments below to receive 15% off your next purchase of any Rascal product at our clubs.