An Intro to Michelin-Starred Restaurants 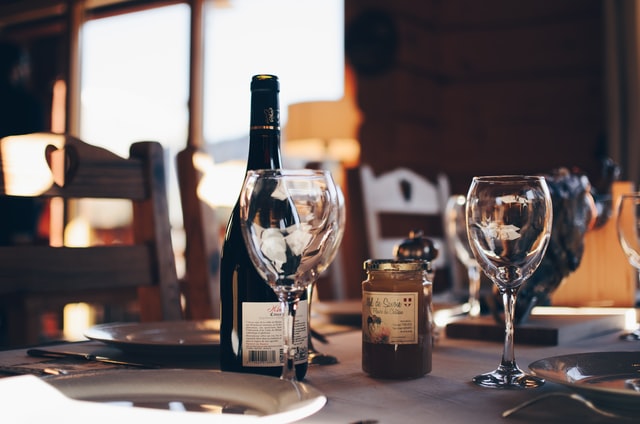 Even if you aren’t a restaurant connoisseur, you’ve likely heard of the iconic Michelin rating system. No – we aren’t talking about the tires. We’re talking about the Paris-based company that’s famous for its annual Michelin Guide. That’s not to say that the two aren’t oddly connected, because they are.

The story behind the Michelin Guide is an interesting one, and it’s important to know when understanding the importance of its rating system and how it’s applied to restaurants.

You may have heard the uproar a few years ago when famed celebrity chef Gordon Ramsay’s New York restaurant lost two of its stars. Ramsay, who’s famous for his attitude, was brought to literal tears over the debacle. That’s how important Michelin stars are to restaurants and chefs.

Restaurants earn Michelin stars when they excel in what they do. Ranging between zero to 3-stars, they are awarded based on five criteria:

The coveted 3-star rating almost guarantees success. Restaurants can receive other forms of Michelin awards based on comfort and quality, but the stars are what matter most – ask any professional chef.

The Michelin Star rating descriptions are as follows:

Michelin inspectors remain anonymous in order to uphold the integrity of the system. It helps it remain as authentic as when it started, at the beginning of the 20th century.

A bit of history

The first Michelin guide was published in 1900, the advent of the automobile to encourage people to take more road trips in Europe. It was meant to increase the sale of cars as well as the tires to go with them – which explains why the Michelin Tire founders published it.

In addition to road trip suggestions, early editions of the guide featured anonymous restaurant reviews. The reviews focused on the quality of the food, what to expect inside the restaurants, and the culinary techniques used by the chefs.

The guide quickly became a go-to for vacationers across the Continent. It survived the First World War and in 1926 the star system was created. If a restaurant was considered a “fine dining establishment” it was awarded 1-star, the only rating available at the time. The 3-star system began in 1931.

World War II meant another hiatus, but the guide remerged in 1939 as a way to aid the Allied Forces (the maps were helpful) and in 1955 Michelin created yet another rating system called the Bib Gourmand. It’s a more affordable round-up of restaurants and gives food-lovers options that are more wallet-friendly. Today, restaurants all over the world are eligible, not just those in Europe.

Why a Gent Should Care

Whether you’re tasked with choosing a high-quality restaurant for an important business meeting, or you want to impress a food-obsessed date, Michelin’s rating system can help you make the best decision.

No matter the atmosphere you’re after, the type of food you want to enjoy, and the amount of money you’re willing to spend, you know that Michelin-Starred restaurants are a cut above the rest.

It’s a great way to weed out mediocre establishments and it’s an even better way to avoid potential embarrassment. There’s nothing worse than choosing a restaurant only to find yourself – and your guests – disappointed with the experience. It’s something you don’t want your name attached to.

Photo by Des Récits on Unsplash