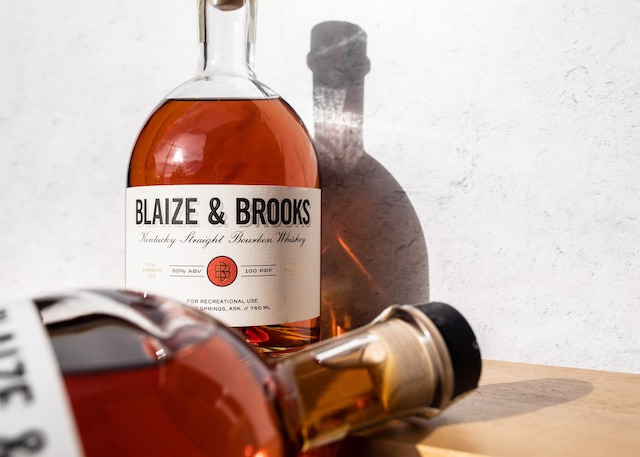 We recently did a custom The Gents Place barrel pick bottle and some of you have been wanting to learn more about Blaize and Brooks and how they got started. We’ll tell you in this article!

Back in 2019 Cara Osborne read a book called Whiskey Women: the Untold Story of How Women Saved Bourbon, Scotch, and Irish Whiskey. She had grown up in Eastern Kentucky and had also been a midwife, so the book’s discussion about the medicinal use of whiskey and how women were involved in whiskey’s evolution through the centuries felt familiar to her. It started her down a rabbit hole that only got deeper as the pandemic hit the following spring.

Cara was homesick for her family, but even more so for what she says were, “the dirt and the trees and the creeks.” The idea for a bourbon brand around that idea started to germinate.

The idea gained momentum and she and her husband decided to make a go of the business and used her middle name (Blaize) and his family name (Brooks) to give the idea a name.

Cara then spent the rest of the year recruiting friends and professionals to figure out some of the larger pieces of the puzzle and on Derby Day 2021 she opened up the first bottles with lifelong friends and family at Churchill Downs.

In addition to being a nurse midwife, Cara also holds a doctorate in Public Health and is a licensed helicopter pilot. Her business partner and spouse, Steve, is an accountant, attorney, and investor and advisor in private companies of all shapes and sizes.

What’s in the Bottle?

Bourbon’s very popular these days, so Cara wanted to be intentional about what her brand was putting in the bottle. It was important that it be Kentucky-made, with higher rye content.

Cara wants each sip to be a reminder of sitting by the fire, taking walks along the river, eating on the porch…all the things that make Kentucky special to her. For those who aren’t from there, she hopes to, in a way, deliver a sense of those memories.

Their first batch was labeled “Homesick” and had notes of citrus and vanilla.  They take pride in not being “the same oak and caramel bomb you might have come to expect.”  Cara also says their bourbon finishes with a great “Kentucky Hug.”

We’ve honored to partner with a brand that was started during a time of fear and uncertainty, because that’s the same climate The Gents Place started in, and we’ve seen how that adversity and challenge molded us into the brand we are today.

We’ve still got a few bottles left if you’re interested in picking up one of the limited bottle runs we are doing with Blaize and Brooks. Click here to buy. Learn more about Blaize and Brooks here.