A Gent’s Guide To Bitcoin

Investors, particularly tech and currency investors, have been hearing a lot about Bitcoin lately. It’s a mysterious crypto-currency that has taken the Internet by storm. They provide safe, anonymous purchases, a decentralized banking structure, and much lower processing fees. But Bitcoin is complicated. It is also very new by currency standards. So let’s take a deeper look and see if Bitcoin is right for you.

In a weird way, it all began with 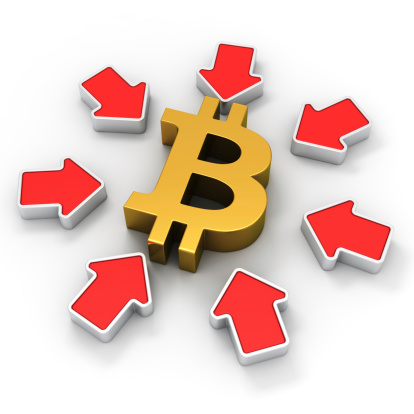 Napster. Remember that awesome file sharing program you used to download music in college? Well, that was the first mainstream use of a technology called Peer-to-Peer (P2P). It meant that interconnected users would share resources among each other without a centralized administrative system. Dumbed down: you could connect to people and download Led Zeppelin albums for free. Due to copyright laws, Napster and other P2P-based file sharing sites were shut down. But the P2P technology itself remained. Bit torrent came along to scoop up the illegal file sharing market, and we didn’t hear a whole lot about P2P until bitcoin came around in 2009. Bitcoin payments work over P2P, meaning no central repository or single administrator; just buyer and seller. That’s it.

Are bitcoins an investment? Time will tell.  In the beginning, early adopters made disgusting amounts of cash by flipping bitcoins. Soon, bitcoin values started fluctuating in drastic swings. In real time, too. One coin would be worth $300 at noon and $75 by midnight. By Friday they’d be worth $12, and you’d be stuck explaining to your wife why “now is the perfect time to buy more!” The value of Bitcoin still fluctuates, but not as much as they used to. Bitcoins reside in a gray area among currency, so the potential for drastic swings is always there. Think of bitcoins as an alternate way to make purchases or accept payments, or even to keep an alternate rainy-day fun, but not necessarily a part of your investment portfolio.

In addition to what we’ve already discussed, bitcoins have several unique and fascinating qualities. First, they have become the largest digital currency on the market. Unlike credit cards, any fees are paid by the customer, not the vendor. Some people say that bitcoins lack the security of fiat money, but since this is an Internet technology, many services have stepped in to make it safe. There are many bitcoin escrow- services that will ensure you get what you paid for. Bitcoins can also be ‘mined.’ Mining is basically adding past transactions to the public bitcoin ledger. Bitcoin mining is very resource intensive on your computer and you must provide proof of work to be considered valid. But essentially, mining consists of using your computer’s resources to solve algorithms, which are then used to ensure that bitcoins are not used fraudulently. As a reward, for every block (data permanently recorded in the bitcoin network) you find, you are rewarded with a certain amount of bitcoins. That amount is determined by the community.

Bitcoins can be bought from individuals or companies. They can be bought with virtually every type of payment method or currency you can think of. Bitcoin ATMs are now popping up around the world so you can purchase bitcoins with cash. Bitcoins are stored in what’s called a bitcoin wallet and should be kept as safe as your regular wallet. It’s best to back up your wallet onto a USB drive (or two) and keep that stored safely as well.

So bitcoins are complicated, yes, but they also offer many benefits that regular currency can’t. They are fun to experiment with – I don’t mean waste money on – and it’s a good idea to familiarize yourself with the technology. Take $20 to purchase some bitcoins and get a feel for how it all works. You might be surprised where this whole thing will lead one day.