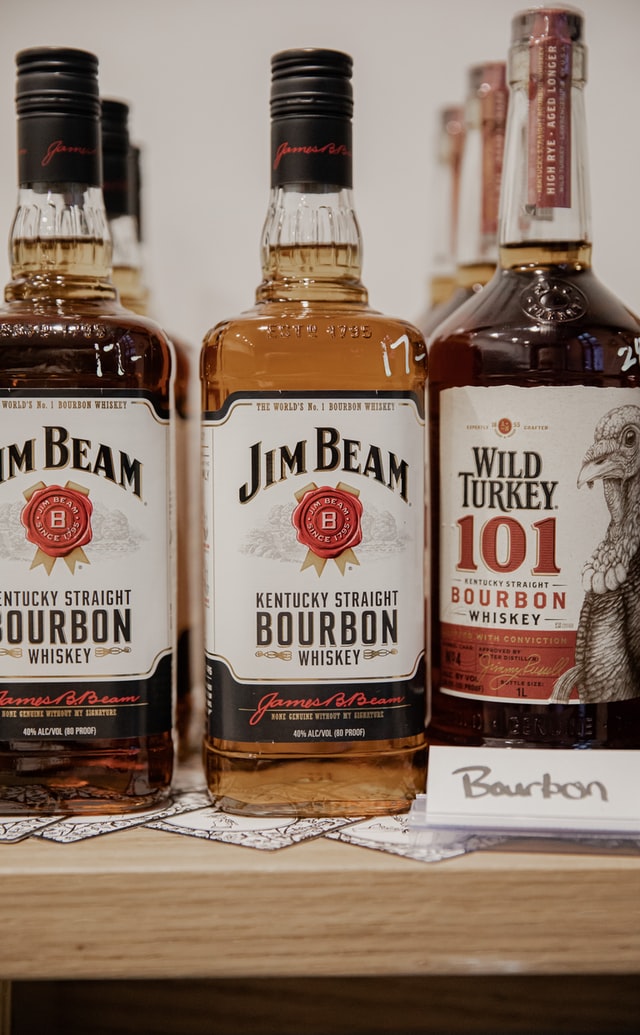 As the weather gets colder, bourbon becomes only more attractive as a way to finish the day and spend time with friends.  We’ve written in the past about the differences between all the whiskey types, as well as the single-malt rage of years past.  In this article, we’re going to talk about a few of the many bourbons that you might choose to treat yourself with (or suggest to loved ones as a gift for you) this season.

Ken Albala’s fascinating series of lectures about bourbon tracks the history of the beverage from its origin to where it is today, just on the verge of popping in hype.  But the bubble hasn’t popped yet, and what that means is there’s never been more bourbon available of great quality.  While whiskeys (and whiskies) are made all around the world, bourbon is uniquely American and it seems to have captured the imagination of an entire generation of distillers.

Any one of these bottles would do you proud in a liquor cabinet.  They continue to deliver dependably year after year and are widely available at reasonable prices.

The 9-Year statement has only recently been brought back to this small batch variation.  Booker Noe started this particular line back in 1992, when bourbon was not nearly the big deal it is now.  This bottle is 100 proof and has notes of burnt sugar, peanut butter, cinnamon, and butterscotch.

The flagship bourbon of this venerable brand delivers what it says: 101 proof.  Since Matthew McConaughey was named creative director for the brand in 2016, global sales have increased by 14.6%.  That’s definitely enough to make you say “all right” three times slowly.  When asked how he preferred to take his brown liquor, he responded in trademark style (read the text in his voice for maximum enjoyment):

I’m not a big cocktail maker. I like a couple big cubes to cool it off. Wet it down, water it a hair. Let it sit there for about four, five minutes before I have my first sip. Let it take the edge off with that ice. Let it liquidate just a hair, cool down just a hair. Nice. While the sun’s going down, right about then, let those two cubes melt, and sip on that. That’s what I like.

Because there’s so much bourbon being made these days, there are some bottles that are great value for money.

This 86 proof bourbon is generally going to be a shade over five years old with notes of brown sugar, nutmeg, vanilla, and caramel.  You can usually find it for under $20.

A favorite well bourbon of bartenders, Old Forester will deliver ripe apple, clove, nutmeg, and toasted oak at right around the $25 range.

If you’re not interested in fighting over (or paying for) the latest Pappy Van Winkle that you might have been fortunate enough to come across, there are plenty of excellent brands doing some interesting work.

This brand buys from various whiskey producing areas around the world in order to blend unique tastes.  This bottle is 105 proof and sources whiskey from Tennessee, Kentucky, and Indiana.  There’s definitely some fruit at work in the blend, with prickly pear, cherry, tres leches, and chili pepper among the many flavors you can find in this bottle.

This brand, like Barrell, also blends, but they do all their blending in Brooklyn, NY, after buying from Kentucky, Tennessee, and Indiana.  They add some hard yet sweet pure limestone water from the famous Rosendale Mines to give it a NY signature.  Tastes you’ll find in their 10 year old signature bottle include nutmeg, cream, vanilla, cinnamon, maple syrup, almond, cherry, and orange.

These are made in very small batches, typically 24 barrels or fewer, aged eight years.  This one is slightly pricier than some of the other bottles we’ve mentioned here, and in it you’ll find dried fruit, spice, and cinnamon pepper on top of the traditional caramel and vanilla that you’ll find in all bourbons.

We know we can’t even begin to cover all the worthy bourbons that could be part of a list.  What would you have added?  Let us know in the comments below.